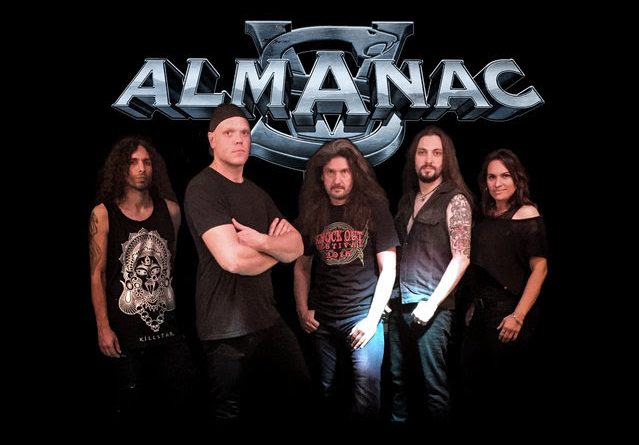 Victor says: “I´m happy to introduce Patrick Sühl to you as our new band member! Unfortunately, due to scheduling conflicts David is not able to join us on our upcoming Tour dates. As an ALMANAC fan right from the beginning Patrick now takes over all male voices with his metal-power. Also on our last European Tour I invited Marc Dzierzon on drums. His modern metal style of playing drums kicks ass! I´m looking forward to our Festival Tour in August/September!”

New singer Patrick adds: „When Victor called me I didn’t have to think for one minute. Do I want to sing in a band with such incredible compositions and musicianship?! Well, of course! Tsar and Kingslayer had their fair amount of airtime in my car‘s stereo and I’m very much looking forward to touring and creating more extraordinary music with this band. See you guys on the road!“

Marc Dzierzon is the former drummer of the technical death metal band CENTAURUS A and focused his drumming on technical and progressive metal music including the challenge of powerful and aggressive blast beats. Exactly what ALMANAC need.

Marc comments: “I’m honored being part of ALMANAC as it’s battery. Being a full member of such a high-level band with it’s instrumentalists and singers let me reach the next level in my young career and from the very beginning I feel home behind the kit. I’m looking forward to all what future will bring and hope to order a lot of experiences with ALMANAC”.

This new ALMANAC line-up will play three shows in August, including a festival co-headliner show in Korea, as well as a headliner gig in Portugal.