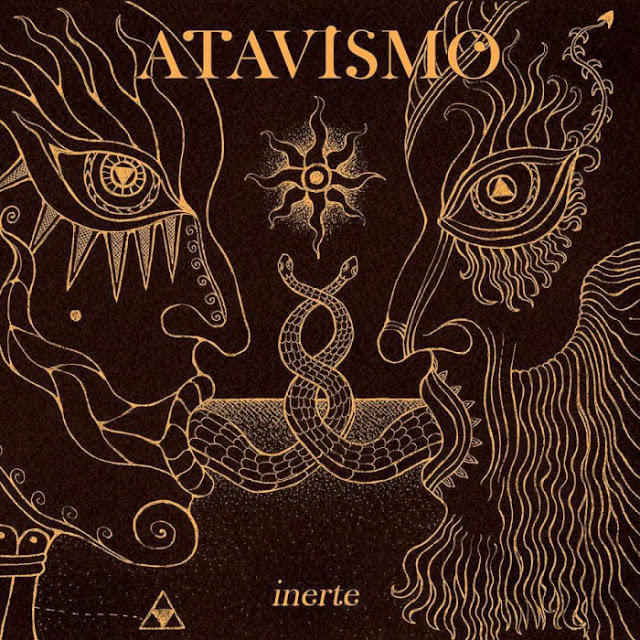 Hailing from Spain, and with a critically acclaimed debut album, Desintegración,
already under their belts, Atavismo are exploring new territories with
their second full length release. Breaking away from the space rock jams
of their debut, Atavismo
have maintained a psychedelic edge, only this time around the evolution
of the band is reflected in their more compact, progressive sounds.
The
writing process starts with a jam session – as many great creations
have – before a firmer structure is applied to the songs. Lysergic
lyrics revolve around soulful feelings, love, and bad dreams which the
band describe as “existential poetry”. The result, among other things,
is a submersion into the Andalusian rock legacy of the legendary band
Triana, without losing sight of more current means of understanding
psychedelic or progressive rock from bands like Black Mountain, Wolfpeople or Motorpsycho.
Already considered one of the most exciting and eclectic bands emerging in their home country, Inerte looks set to secure Atavismo similar acclaim world wide.
Inerte was recorded in October 2016 at Trafalgar Estudios, El Palmar (Cádiz), Spain and below you can hear the album in full!
Support World Of Metal
Become a Patron!
World Of Metal Magazine – Comprar Aqui/Buy Here