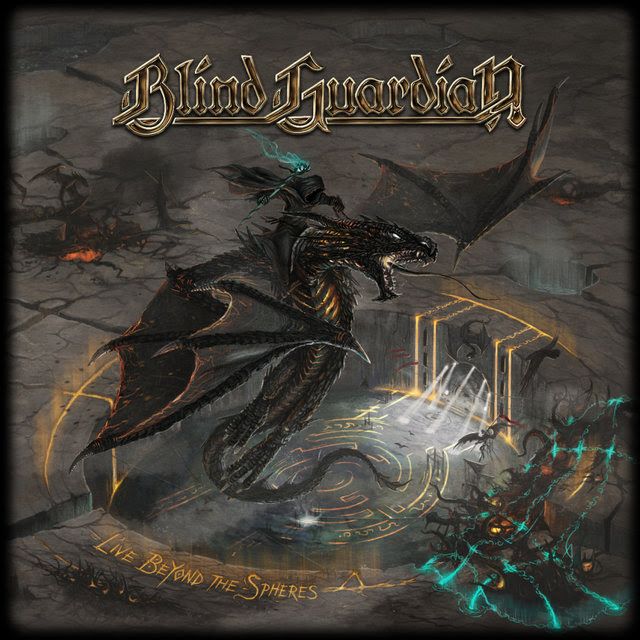 Today, Germany-based progressive power metallers BLIND GUARDIAN finally release their first live record in 14 years: The magical “Live Beyond The Spheres”, a package filled with 22 songs and available as a 3CD-DIGI or 4LP-BOX, including not only all-time classics such as ‘The Bard’s Song (In The Forest)’ or ‘Mirror Mirror’, but also rarely performed songs like ‘And Then There Was Silence’.

To celebrate the release of their new album, BLIND GUARDIAN publish the live clip to ‘The Ninth Wave’ today as well. Watch it below:
Front man Hansi Kürsch tells about the song and the release of the new album: “We could not have hoped for a better song as an opening to a BLIND GUARDIAN show and our new live album than the monumental ‘The Ninth Wave’. With the gigantic choir buildings in the beginning of this dark vibe down tuner we reveal a perfect outlook of what to expect to everyone who is willing to explore. Open your inner eye, prepare your voice, and welcome to the BLIND GUARDIAN universe. Our live performance of this song is even harsher and more to the point than the studio version in many ways. This is how we relate to music. A live version of a song must deliver a different, a stronger energy in comparison to a studio version. Songs have to develop and should have the right to liberate themselves from the origin. I believe we have been extremely successful, when we did it for this song. Check it out yourself and you will immediately recognize the differences. It is the same song, but yet it feels different. Check it out, enjoy the ride, then go and get your version of “Live Beyond The Spheres”, now!!!”
Support World Of Metal
Become a Patron!
World Of Metal Magazine – Agora Grátis/Now Free!
Buy CDs in our store