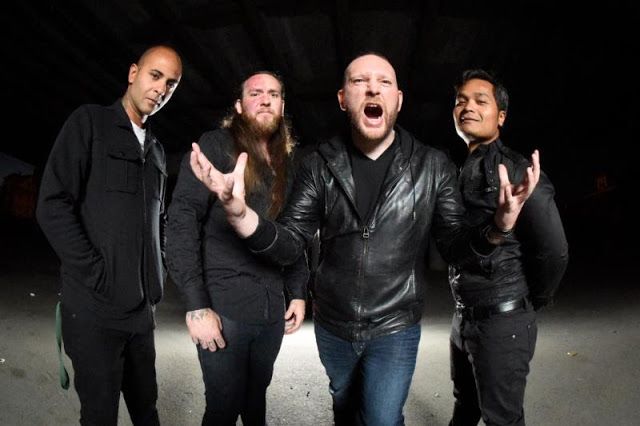 Boston Tech-Metal quartet THE SUMMONED have released the official video for “Faradic,” a song from forthcoming album Sessions. The video was directed, edited, and filmed by Stephen Thompson. You can watch the video below:
THE SUMMONED will release sophomore full-length Sessions on June 16. Pre-order Sessions: http://store.thesummoned.com/album/sessions
Sessions is a concept album about the journey through the mind of a troubled mental patient who is struggling to confront his own personal demons through a series of sessions with a psychiatrist. Each individual song resembles those sessions. Whether they’re spastic (to give the feeling of panic the patient is feeling), or offering triggering the epiphany that is his own reality, Sessions is not just an album… it’s an experience.
Often compared to a plethora of bands and genres, THE SUMMONED are no strangers to pushing the boundaries of traditional heavy metal. With technical riffs, head bobbing grooves, sing-along choruses, jazzy interludes, and epic solos, there is always something for the discerning listener to grasp, resulting in a sound that will appeal to a variety of fans.
Sessions was produced by The Summoned and Evan Sammons. The album was engineered, mixed and mastered by Evan Sammons in Belgrade Maine.
Support World Of Metal
Become a Patron!
World Of Metal Magazine – Agora Grátis/Now Free!
Buy CDs in our store