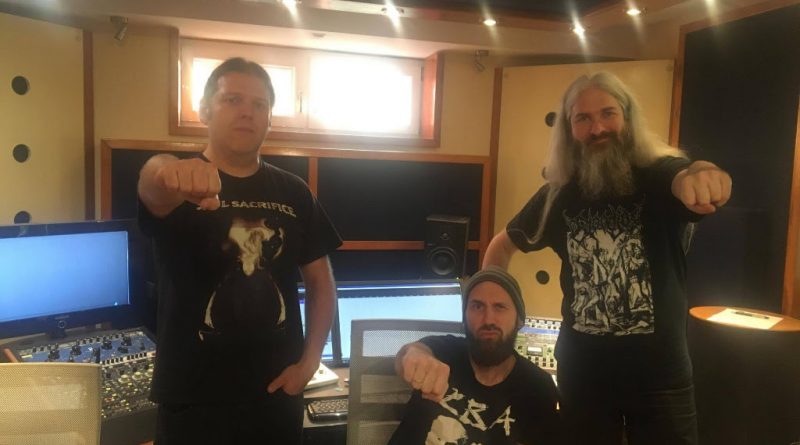 BURDEN OF GRIEF are currently working on their new and 7th album “Eye Of The Storm”, which is planned to be released in late April 2018 on Massacre Records!

The album’s release will be accompanied by a massive record release show in the band’s hometown Kassel (Germany) at the Fiasko on May 5, 2018.

For the mix and mastering of “Eye Of The Storm”, BURDEN OF GRIEF recruited none other than Kristian Kohlmannslehner / Kohlekeller Studio!

“We know each other for more than 20 years now, long before the internet defined everything, back when tapetrading ruled the underground. So it was more than time to finally join forces to produce an album together. We are really looking forward to this collaboration, and so should you…!”, comments the band.