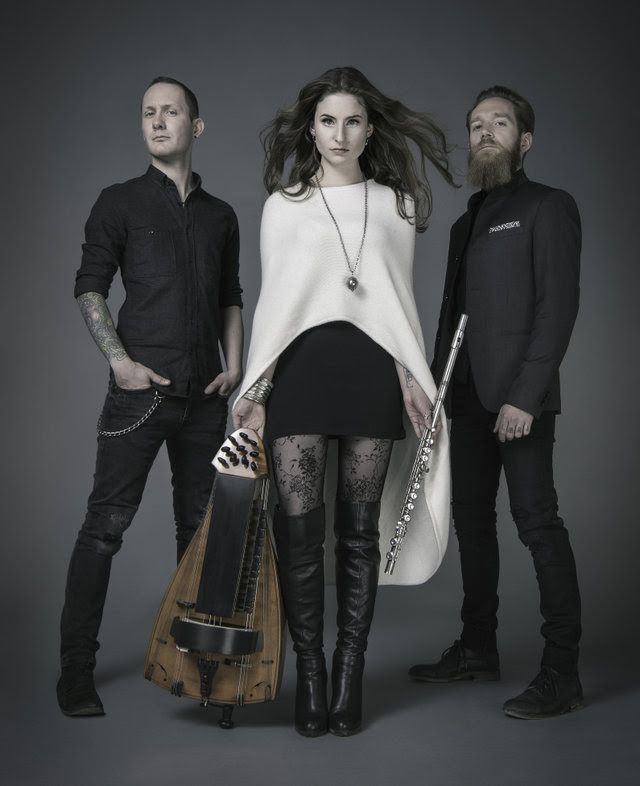 The latest triumphant single release by CELLAR DARLING, the hyped new band of ex-ELUVEITIE members Anna Murphy, Merlin Sutter and Ivo Henzi, confirms that CELLAR DARLING are a force to be reckoned with, and they are just getting started!
The latest single ‘Avalanche’ promotes their highly anticipated debut album “This Is The Sound”, due to be released on Nuclear Blast Records in just a couple of weeks, on June 30th 2017. ‘Avalanche’ tells yet another grim abstract story, painting a picture of the end of things. In band’s own words:
“We’d like to take you on another journey into a picturesque, abstract world. Listen to the summoners of the ‘Avalanche’. A story about a cult and a freezing end to an intimate deathwish. Shot in the heat of beautiful Tenerife, an intentionally contradictory setting, this video tells you our story with symbolism and movement, contrasts & metaphors. So sit back and let your imagination run wild, enjoy! “
Watch the amazing new clip ‘Avalanche’ below:
Pre-order the digital version now and receive ‘Avalanche’,  ‘Black Moon’, ‘Challenge’ and ‘Fire, Wind and Earth’ as instant grats or stream the songs here:
http://nblast.de/CellarDarlingDigital
Support World Of Metal
Become a Patron!
World Of Metal Magazine – Agora Grátis/Now Free!
Buy CDs in our store