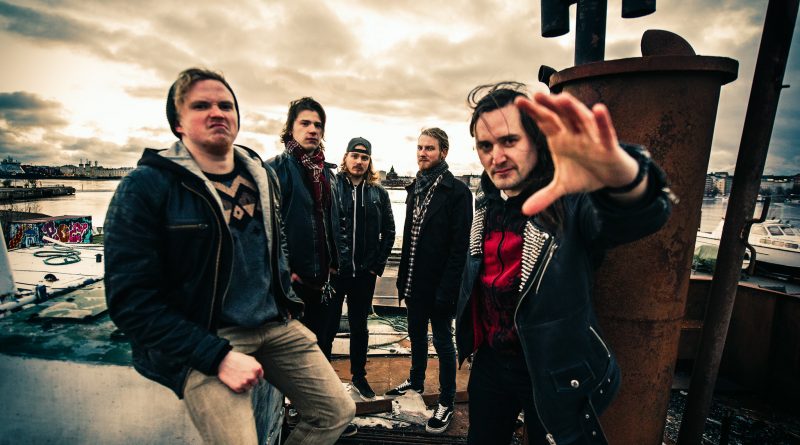 Inkvisitor is a thrash metal band originating from Jyväskylä, Finland. The band was formed in August 2012 by Jesse Kämäräinen and Lauri Huttunen after Jesse posted an add about forming a band. Together they agreed that thrash metal would be the genre and the two managed to form Inkvisitor’s first line-up with two additional musicians. The line-up was short-lived and quickly replaced by Petteri Milan on drums and Petteri Huikkonen on bass. Aapo Vuori was last to join the band during spring 2013.

The band spent the summer composing and rehearsing new songs and in Fall performed their first live shows. In December 2013 the band entered to studio to record their first release, Delirious Tales EP. The EP was released in April 2014 and was met with positive reviews and receiption. For example the Finnish metal magazine Inferno picked the EP as the Best of Month in May. The band toured in May and in summer 2014 started to write and rehearse new material. During Fall 2014 the band will tour and then enter the studio to record their first full length album.

The band toured in May and in summer 2014 started to write and rehearse new material. During Fall 2014 the band completed tour in Finland dubbed Mobile Shredding Unit Tour and it consisted of 10 gigs.

After the tour bassist Petteri Huikkonen informed that he’ll be pursuing other activities than music and therefore quits the band. He cited lack of time to be the main reason for his decision. The band started to look for an replacement.

In December 2014 the band won competition organized by Tuska Open Air Metal Festival to play with Lost Society at Tavastia, Helsinki and completed the year by playing at Klubi, Tampere with total of 24 shows in 2014. After a christmas break in January 2015 the band starts to record it’s debut album named Doctrine of Damnation and completes the recordings in February. The album will be released 17.8.2015 and features ten new songs. Due the lack of bassist, Jesse’s old friend Pekka Löhönen plays the bass on the record. Lauri’s and Petteri’s old friend Ville Grekula fills in for the live shows.

Doctrine of Damnation was released to a positive reception both domestically and world wide. The band toured actively throughout the year and released two music videos for the songs Damnation and Hellbound for Carnal Knowledge. In November 2015 Petteri was fired from the band due to his lack of motivation. He was instantly replaced by Tino Jäntti.

The band also immediately started to write new material for their second full length album. It was decided early on that the album would be a concept album revolving around a single storyline. In Spring 2016 the band entered the studio to record two songs from that album to be released as singles. First single Dark Arts of Sanguine Rituals was released in May 2016 with a music video.

Inkvisitor was later confirmed to co-headline Tuska Festival’s new project Tuska on Wheels -tour with Block Buster. After the tour Aapo informed that his interest in heavy metal and Inkvisitor had diminished and that he would depart from the band. The band started immediately to look for a new frontman.

While looking for a new vocalist the band completed writing all the material for the second album and demoed instrumental versions. In December 2016 Lauri informed that his motivation to tour and be in an active band had dropped. He would still play on the record. Luckily Jesse already had a guy in his mind, he called immediately to his long time friend Joonas Kolehmainen to fill in and Joonas answered the call. In February 2017 Markus contacted the band and wished to join. He and Jesse held a demo session and after the session it was a no-brainer. Markus joined the band officially in March.

In April 2017 the band entered Electric Fox Studios with Tuomas Kokko engineering. All drum parts were recorded and guitars, bass & vocals recorded for two songs. One of the songs Second Sacrament was sent to Nino Laurenne of Sonic Pump Studios for mixing and later to Virtalähde Mastering to be mastered. A music video was also shot in April. The song was released as single in May 2017. Rest of the recordings were completed by October 2017.

During Autumn 2017 the band completed it’s line-up permanently. Sakari Soisalo joined on bass and Mikko Saviranta took over the lead guitar duties. With the album complete, the band started to work on the release. During January the band filmed a music video to be released later in 2018. After planning, the release date was set on 20th of April 2018. In March 2018 filmed another music video and 2nd single “Mindslaver” from the album was released.