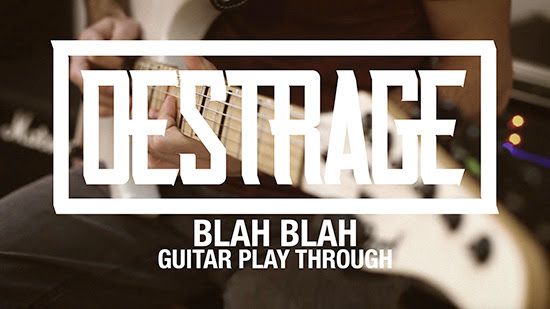 You can try to put DESTRAGE in a box but you will never succeed. Words such as “progressive”, “cinematic”, “mathcore”, “technical” and “groove-laden”, could be thrown at them, but really the only one you need is Destrage, for they are in a category of their own making. This has never been more true than on “A Means To No End”, the fourth full-length from the Milan, Italy-based 5-piece, which was released last October via Metal Blade Records. Riveting from start to finish, it leads the listener through an emotionally-charged labyrinth of complex yet catchy melody and muscle, following nobody’s rules, and it stands out as one of the truly unique releases of 2016.
For a preview of ‘A Means To No End’, DESTRAGE has now launched a play-through video by Camilla Boro (Sandhog Music Production) for the album track “Blah Blah” (featuring guitarist Matteo Di Gioia), which can be viewed below
Support World Of Metal
Become a Patron!
World Of Metal Magazine – Agora Grátis/Now Free!
Buy CDs in our store