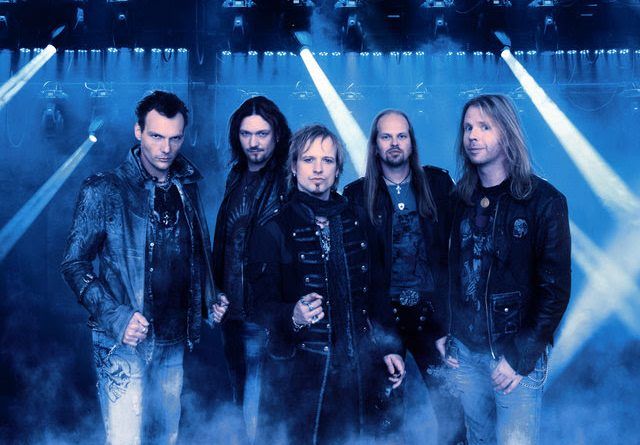 Edguy releases the second digital single for the brand new song ‘Wrestle The Devil and you can hear it below
In February 1992, a bunch of German kids set out from the middle of nowhere and founded a band that would conquer the hearts of a whole new generation of fans around the globe!
Today, 25 years later, founding members Tobias Sammet (AVANTASIA) and the two guitarists Jens Ludwig and Dirk Sauer, as well as Tobias “Eggi” Exxel (bass) and Felix Bohnke (drums), who joined the band 20 years ago, can look back at their hugely successful career to shows in more than 40 countries, countless tours in Asia, Australia and America, ten studio albums and top 10 chart entries from all over the world.
To celebrate such an exceptional career with their fans, EDGUY will get back on the road. And while the live program will only contain the best material of their entire career, the new release will not be just a ‘Greatest Hits’ album one would expect to accompany such a tour: The 2-CD/DVD-package “Monuments” (release: July 14th) will include brand new material, their best tracks of the last 25 years, and old rarities that have never been published before! In addition, the DVD includes an entire show from their »Hellfire Club« tour in 2004 as well as the complete collection of their video clips. The limited edition will include an extensive coffee-table book containing material from throughout the entire history of EDGUY!
Support World Of Metal
Become a Patron!
World Of Metal Magazine – Agora Grátis/Now Free!
Buy CDs in our store