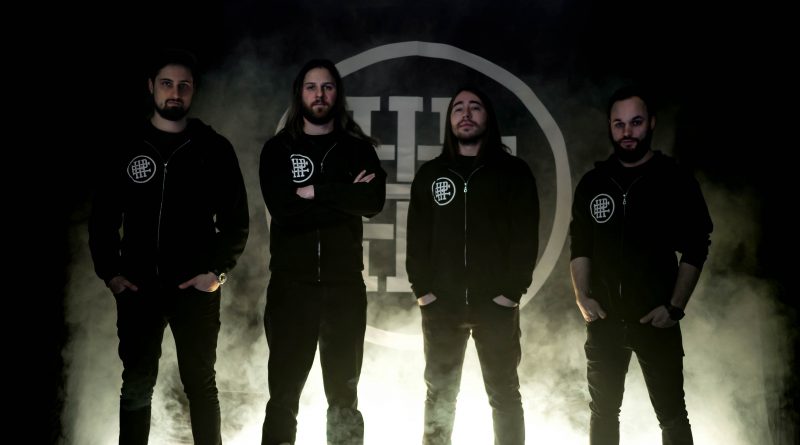 Groovy verse riffs, heavy and diversified breakdowns, epic lead passages culminating in melodic refrains. Punchy drum rythms in conjunction with a wiry bass sound are underlining the song dynamic. Accompanied by the variety of the two vocalists and guitarists, Half Past Eight generates a distinctive sound.

Founded in 2011 the four-membered metalband from Mannheim, Germany released their debut EP „Instability“ which was completely self recorded, mixed and mastered on November 30, 2014. Social criticism, sustainability and self-determination are the leitmotif of the cd’s six songs. After numerous concerts HPE can resort to a longtime stage experience.

The next milestone in the band’s history is the publication of the first LP-album „Of Loss and Belief“ on March 31, 2018 which deals with afterlife, the handling of losses and different beyond imaginations. The lyrical spectrum is reflected in the songs arrangements and cover a lot of metal genres.

With their Debut, it is not easy to assign band a specific genre of metal, because many influences (e.g. Core, Thrash, Death and Groove, (Punk)rock) played a role in the songwriting.