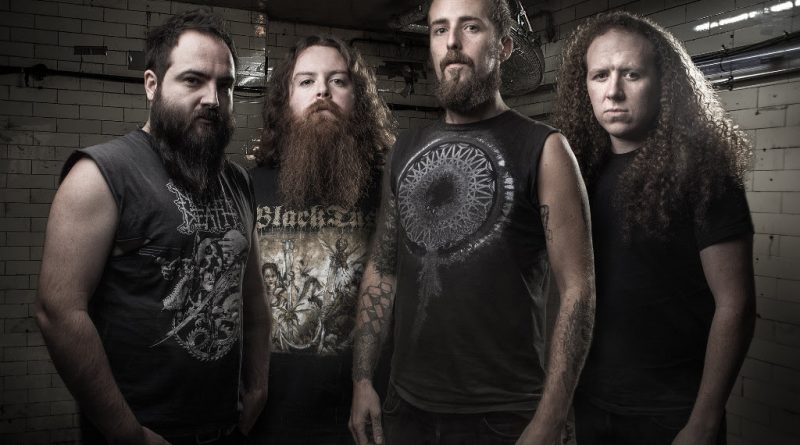 HARK have sadly announced the breaking-up of their band. Mastermind Jimbob Isaac explains the reasons behind this decision, which will be mourned by many fans of powerful, hard-hitting rock music:

“HARK 2010 – 2017After seven years of hard work, commitment, sweat and toil, and of course some irreplaceably great times together – we’re glad to share with you that HARK has now come to it’s logical and final conclusion. While we’re immensely proud of ‘Machinations’ and everything that we’ve achieved since it’s release this year, we collectively feel that this is the furthest point that we can take this band. From releasing the ‘Mythopoeia’ 7″ along with our first show at Morrowfest in 2012, through to touring with CLUTCH and shortly after releasing ‘Crystalline’ in 2014, and throughout all subsequent tours and lineup changes, it’s fair to say that each member has been lucky enough to take everything that they wanted from being in this band. While we respect any outsider or fan/supporter who might question this decision, let’s just say that being in a band isn’t always the easiest of endeavours. External, personal situations, interpersonal dynamics and personalities, fatigue on/off the road, maintaining relationships and family commitments, weaving in and out of the pitfalls of the music industry, all the while maintaining creative flow, and personal happiness…it’s certainly no picnic. HARK was formed with two main reasons, to investigate creating music with new and different people, and to simply tour more. We absolutely achieved all of the above, and are extremely proud of all our achievements. Ending this now will preserve our friendships and our modest legacy with little to no collateral damage. We’d like to thank every good soul and friend that we’ve come across on this journey. Thank you so much to all of our co-conspirators that we’ve worked closely with on the albums, videos and tours, and thank you to all the fans and supporters we’ve picked up along the way. Our merch is still available from our store. Our Facebook page will remain active, and any future developments from any HARK members will be shared here.

For those, who have missed out on the Welsh rockers so far, Season of Mist is offering a special deal on HARK‘s albums on the label’s e-shop via the link below for a limited time: