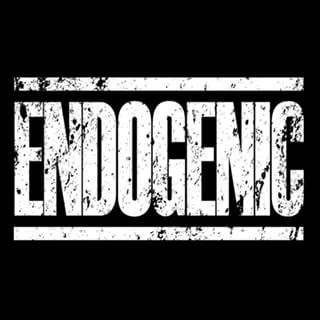 Endogenic is our latest obsession. Their debut album “Hunter” (the review is here) is of the Top Albums in February and their sound reminded us how great is thrash metal with lots of groove and power that leaves it in the brink of death metal. Not quite the type of sound that you could expect for Norway, but notheless, it shreds human ears for breakfast. And we loved it. We talked to Frank, the drummer, and got to know a little more about them.

WOM – Congratulations for your debut album. It kicks serious ass! What are you feelings about it? Are you proud?

Frank – Thanks! We are very proud with what we’ve accomplished on this release. We’ve worked so hard on this piece, so it’s super nice to get so much positive feedback on it.

WOM -What are the reactions you have about the album so far?

Frank – We’ve gotten so much positive feedback on the album, it’s amazing. All magazine reviews so far have been really good! Looking forward for more reactions after we release the beast.

WOM – One of the things we noted most is a Pantera influence and feel, but showing at the same time a identity of your own. Is Pantera an influence or it just happened that way? And I’m sure that they’re not the only influence

Frank – There’s definitely a lot of Pantera in our music. Some of us are life-long fans, so it kinda comes naturally when we write music. We’re also influenced by The Black Dahlia Murder and At the Gates to name a few, and we all come from different musical backgrounds, so mashing all that individual influence and blending in some Pantera and TBDM, you got Endogenic.

WOM – “Hunter” was self released, right? Why did you choose to release it this way? Better to control your own music or hard time finding a suitable label?

Frank – It’s good to be in total control all the time, but it’s a lot of hard work releasing an album all on your own. We like doing everything ourselves, so that’s what we’re gonna do for now. We’ll stay unsigned for the time being, and see what the future might offer.

WOM – What is your objective? As a band and as a musician?

Frank – We’ll seize opportunities as they come, so we’ll see what happens…

Frank – They all have a certain charm, but there’s not much that can compare to playing live for an awesome crowd that chants your name.

WOM – What band do you hold as an example of what you want to achieve?

Frank – It would be awesome to tour all over the world like e.g. TBDM. They’ve made a living by being the best in the world at what they do, so that’s something that would be nice to do…

WOM – Thank you for this little talk, any last words?

Frank – Be sure to check out our music videos on YouTube and FaceBook. We promise, it’s awesome.