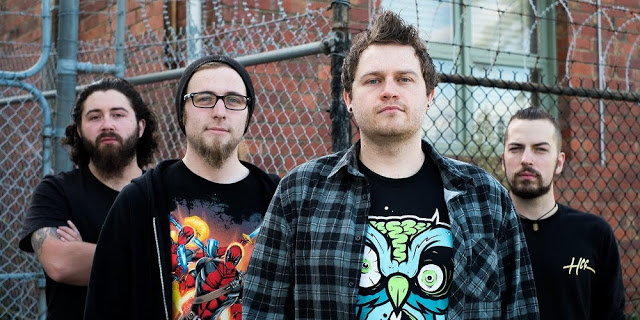 Naberus is a new name coming from Australia, although they’re not exactly what you can call a new band. They release a strong album that it’s kind of a remake of their debut and kicks some serious arse – you can read the review to “The Lost Reveries” here. We wanted to check with them about this moment in their life and James, vocalist and guitarist, was kind to talk with us:
WOM – Hi there guys. Congratulations for your second album. Are you proud of it?
James – Absolutely, We’ve been getting a fairly positive response from people who have reviewed it and fans. We all put a lot of hard work into it. So yes we are definitely proud of it.
WOM – You came from Australia. Is the metal scene strong there?
James – The Metal scene in Australia is a bit strange, there’s alot of underground local bands and dedicated people that come to those shows, and then a few big bands with a more mainstream audience but not much in between. If you want to get in front of a larger crowd here you pretty much have to score an opening slot for an international band, And we’re a weird bunch us Aussies, we don’t really give our own bands much credit until they are recognized with an international audience.
WOM – Being from Australia, does that makes your life harder for touring? Do you get much to Europe or the American continent?
James – It definitely makes touring harder. Our states are quite far away from each other which pretty much means air transport can be a necessity. We haven’t gotten over to the US or Europe as of yet but that’s definitely a goal in our sights.
WOM – Listening to your music, we get a really good vibe (in a metal kind of way). It really shows that you guys are having fun. I guess that’s the most important, right?
James – Yeah for sure, we love making music and it’s a source of fun for us to get away from all the mundane crap that happens in everyday life. We’ve never been a stern serious metal band and like to have a bit of fun every now and then.
WOM – How about your influences? We can say that swedish melodic death metal plays a really important part on your sound but you have also some more modern influences. Is there a battle between these two sides?
James – Somewhat, I love bands from Arch Enemy to older Megadeth to Korn to The Ghost Inside so whilst I don’t consciously write with those bands in mind it can end up sounding like a bit of genre mixing.
WOM – Lyrically, it feels that you deal with more introspective subjects than, for instance, social or politics issues. In a manner, it relates (at least in my opinion) with some the lyrics that James Hetfield writes. Do you agree?
James – I’m not hugely familiar with a lot of James’ work (to the point of studying the meaning), but the ones I do know well enough, yes it’s somewhat similar. I definitely like to write from an introspective point of view that people can relate to themselves if they like. That’s not a set in stone practice though. I generally just write what i am feeling at the time of listening to the song and see where it flows from there.
WOM – Two albums and usually the third is that groundbreaking one. Do you feel that pressure and/or do you feel it will be definitely bigger?
James – Well honestly to us the Lost Reveries still feels like a debut. But no I’m not particularly feeling pressure for the next release, I’m really happy with the direction we are heading with the new songs that we are currently writing and hopefully that means the people that listen will enjoy it too.
WOM – Thank you for your time for this interview. Any last words?
James – No problem at all. Thanks to everyone that has given their time to listen to The Lost Reveries.