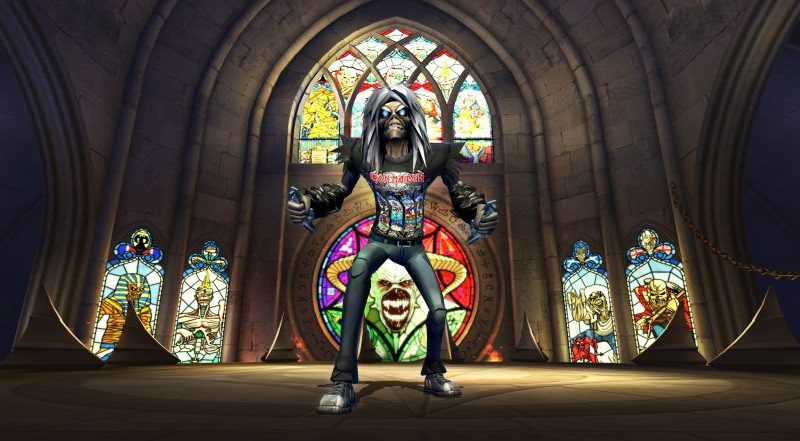 Mobile games publisher Nodding Frog and heavy metal legends IRON MAIDEN are proud to announce the arrival of celebratory souvenir “Holy Smoke Tour Eddie” to their mobile game “Legacy of the Beast”. The character debuts in recognition of Maiden’s 2018 European tour, inspired by the game, which will see the band perform 38 shows across Europe this summer. ‘Tour Eddie’ is available for free to all players of the game for the duration of the tour and sports the bands official 2018 tour shirt. Up The Irons!

“Legacy of the Beast” continues to push boundaries in the mobile gaming space, reimagining Iron Maiden’s own album art, music, lyrics, and now integrating elements of their live shows – an unprecedented expansion giving both fans of the band and fantasy RPG gamers a seminal experience on mobile devices.

“Iron Maiden: Legacy of the Beast” is a definitive experience in the mobile gaming space – inviting players into an ever-expanding dark fantasy RPG via their smartphones & tablets.

The game is available now for free on Apple’s App Store and Google Play.

For more information go to: http://ironmaidenlegacy.com/