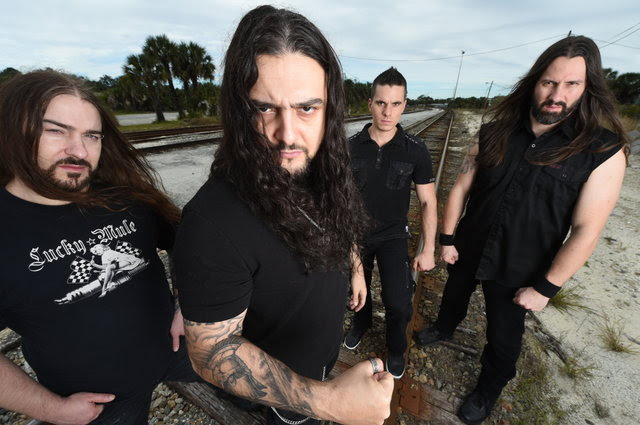 Montreal based extremists KATAKLYSM recently announced their next offering, »Meditations«, is slated for an April 2018 release via Nuclear Blast Records.

Guitarist JF Dagenais states:
“This album has so much to offer that we decided to search for someone outside the box for it. Someone who comes with a fresh outlook and hasn’t work with extreme or death metal bands. We wanted someone with a more organic feel but at the same time can pound a mix into your chest with the power and definition it deserves. When Jay accepted to work with us, we knew he would bring just that! So far, the first mixes coming in are incredible. We will be turning some heads on this album folks. That’s all I can say for now, cant wait!”

KATAKLYSM have spent the last 25 years cementing their legacy in the extreme metal genre. 2016 marked a whirlwind of excitement as the band added a Juno Award to their collection as well as landing their highest Billboard charting. They are one of a handful of bands that have the title of “Longest Standing Artist” on the Nuclear Blast roster.
Born in 1992 from the cold winds of Montreal, Québec, Canada comes one of the country’s top extreme musical exports to date: KATAKLYSM. With a career spanning 25 years, KATAKLYSM is a leading force in the most brutal & powerful genre in heavy metal and has conquered territories such as Europe, North & South America, Australia, and Asia while recently becoming the first Canadian metal band to ever play South Africa.