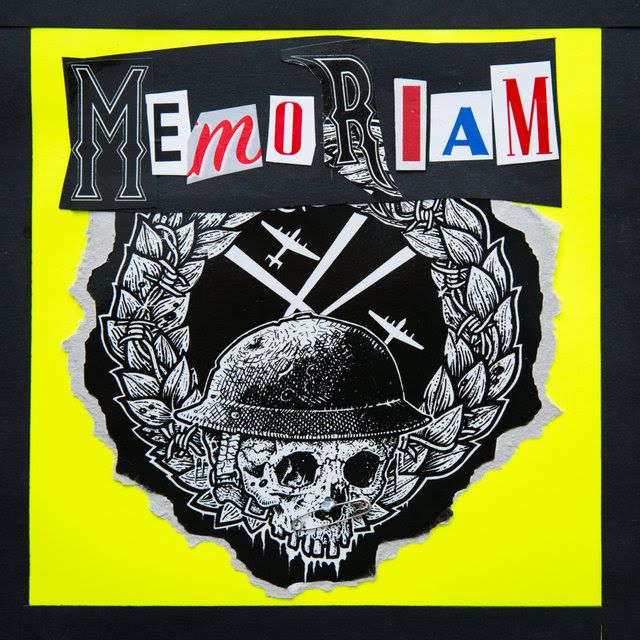 Old school death metallers MEMORIAM unleashed their debut album, “For The Fallen”, on March 24th, 2017 through Nuclear Blast Records. The album entered the official album charts in Germany at #16.
Today, the band announced the release of a brand new 7″ vinyl single, to complete the “Hellfire Trilogy”. The single is called “The Hellfire Demos III”, it includes one Song “The Captive” and will be released on July 7th.
The band states:
“This track was never meant for release, it was recorded early on at Hellfire studios purely for ourselves. Sacrilege, and particularly Tam their vocalist was the reason Karl wanted to be a vocalist himself. If Sacrilege had not existed there would also be no Bolt Thrower as they were the reason Baz BT formed Bolt Thrower, to create a band in the same vein. Karl wanted to do some recording with Tam. She lives close to the Hellfire studio so it was just a case of Frank asking his band mate if she would sing on a demo with us. She said yes, we recorded it alongside the other demos then that was it, another tick on Karl’s bucket list! We are getting pretty far into the creation of album #2 as we speak. We went through some of our ideas we have stored and came across this demo track, played it again and thought this was just too good to not release! So here we have the final part of the Hellfire demos. We make no apologies for releasing it on its own on a limited vinyl single. It deserves its own place. It closes the door now on the first year of our journey that we have shared with you all the way from the demos to “For The Fallen”. Enjoy!”
The single will be available on yellow, clear/blue splatter, pink white and black vinyl.
You can pre-order the EP here: http://nblast.de/MemoriamDemosIIINB
Support World Of Metal
Become a Patron!
World Of Metal Magazine – Agora Grátis/Now Free!
Buy CDs in our store