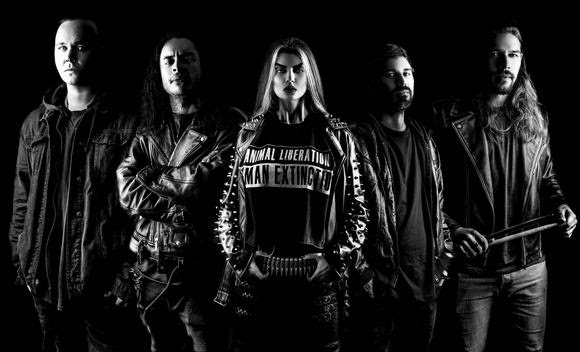 OKKULTIST, the Portuguese up&coming Death Metal beasts, will release their hotly anticipated debut album “Reinventing Evil” on the 15th of March, 2019. The album was produced by Pedro Paixão (Moonspell) and the band, tracked at Poison Apple Studios in Lisbon and amazingly mixed by Tue Madsen (Meshuggah, Moonspell, The Haunted). With a total of 8 rabid and brutal songs, the band’s debut will see the light of the day via Moonspell‘s Fernando Ribeiro ALMA MATER RECORDS in two digipack editions. One of them will come with a limited, different artwork and it will contain a Bathory cover song ‘Satan is my Master’. Furthermore the evil spell and album tracklist will read as follows:

1. Reinventing Evil
2. Back from the Dead
3. Sniff the Blood
4. Sign of the Ripper
5. I am the Beast
6. Grave Digger
7. Plasmodium Nocturnus
8. Rise and Reign 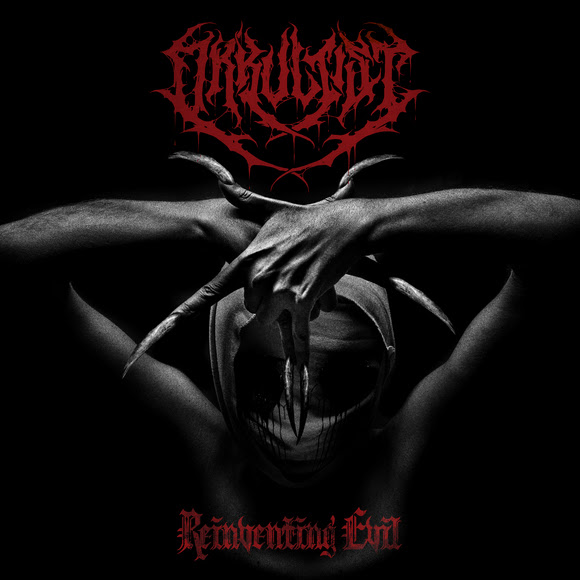 Today, OKKULTIST are also sharing with us the cover artwork designed by singer & demoness Beatriz Mariano. Stay tuned for December 22nd when the band will unleash upon us a first song from their upcoming evil beast of an album, pre-sale news as well announce their headliner release show date in Lisbon, at RCA Club in March 2019!

Just recently, ALMA MATER RECORDS boss and MOONSPELL vocalist Fernando Ribeiro stated: “After listening to the rough mixes of what will become Reinventing Evil, I am more certain than ever that it was a very good move for Alma Mater Records to sign Okkultist and handle their debut album. They are the kind of band the Portuguese scene needs: talented, young, focused and just fucking brutal. Portuguese Death Metal has never sounded so exciting in my ears so we can’t wait to release this beast upon you and help you to reinvent evil together with this amazing Portuguese talent.”

OKKULTIST formed back in late 2015. Two years and memorable live shows later, their debut EP ‘Eye Of The Beholder’ was released by the band independently, but caught up and spread all around Europe and overseas – selling out every single printed copy. Even at this early stage, OKKULTIST already had the honor to curse stages such as at Mosher Fest or Female Growler United Front in Portugal and as an opening act for legendary names such as Entombed AD. Inspired by the likes of Master, Abomination, early Morbid Angel, Death or Dismember, OKKULTIST pick up where impure 90’s Death Metal left and are ready to release Reinventing Evil on March 15th 2019. OKKULTIST became the very first band ever to sign with Fernando Ribeiro’s new label ALMA MATER RECORDS. Better be prepared for some infernal vibes and a deadly raw, new Death Metal brand this upcoming March, when OKKULTIST will be REINVENTING EVIL!