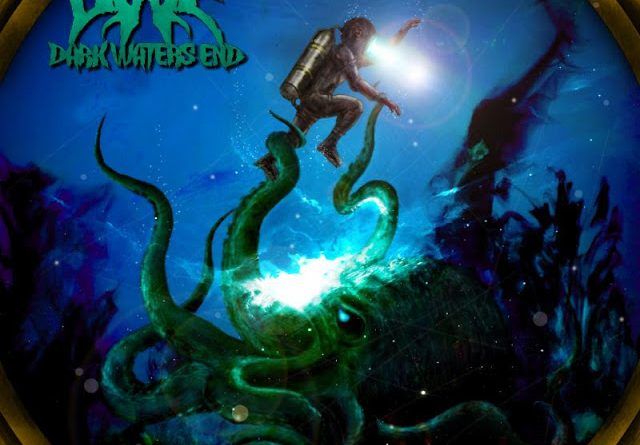 Philadelphia’s DARK WATERS END have announced the forthcoming release of new album “Submersion”. The album will see the light of day on October 7. The official lyric video for “Congenital Vice” is available below
DARK WATERS END takes progressive death metal to a level that makes you think twice about nodding your head in standard timing. This eclectic group of musicians teeter on the boundary of what many in the Philadelphia area describe as technical metal, but without the need for a scientific calculator. Their music consists of an all-embracing range of metal, from a variety of influences to create a very dynamic and progressive sound.
DARK WATERS END has a sound that can range from beautifully-haunting to terrifying in a matter of minutes. Influences from bands such as Converge, The Dillinger Escape Plan, and The Faceless inspire the band to approach metal from all angles and can be aggressive, peaceful, and brutal all within a single song. Additionally, influences from bands such as The Contortionist and Between the Buried and Me have paved the way for the band to incorporate atypical melodies and provide a robust blend of progressive metal.
Track Listing
1. Immortal Consciousness
2. Empty Skies
3. Mass Grave
4. Congenital Vice
5. Unquenchable
6. The Great Dirge
7. Rat King
8. Hell Can’t Be Worse
9. Velocirapture
10. Bucket Of Flesh
11. Up The Dose
Support World Of Metal
Become a Patron!
World Of Metal Magazine – Agora Grátis/Now Free!
Buy CDs in our store