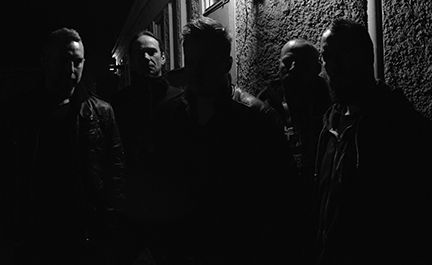 Copenhagen-based modern hardcore group Psy:code has teamed with Pavement Entertainment for the release of MØRKE.
Psy:code has posted a 360 video of album track “Loosen the Tight” that you can see below: MØRKE will be out August 4. Orders available at PavementMusic.com.
Psy:code is a band driven by a desire to reach beyond its own boundaries.
The band’s first two releases, Delusion and Cause and Neglect, were met with critical acclaim by critics worldwide. The praise was not met with complacency and Psy:code set the bar higher when writing their third album.
MØRKE is a natural progression, but remains grounded in the roots planted by its predecessors.
Over the years Psy:code has supported several major acts, including Slayer, Mastodon, Amon Amarth, Trivium, Gorefest, Illdisposed and Artillery. The band has toured extensively in their native Denmark and throughout Europe.
Psy:code has a series of videos planned in the months following the release of MØRKE. Tour dates in support of the album will be announced soon.
Support World Of Metal
Become a Patron!
World Of Metal Magazine – Agora Grátis/Now Free!
Buy CDs in our store