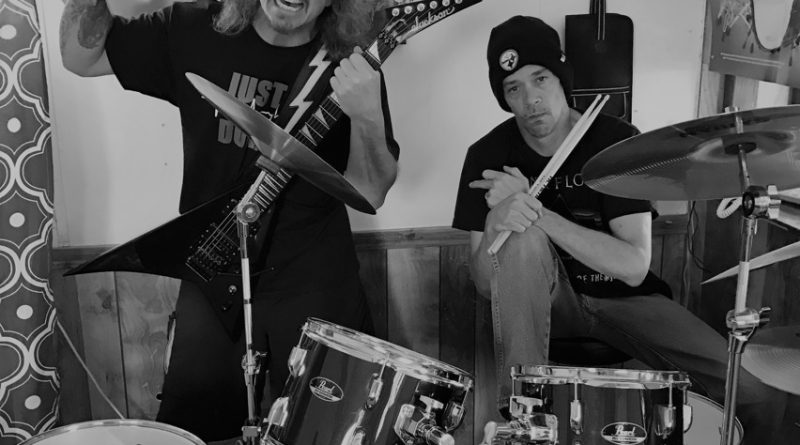 We can call Retched an old school heavy metal band, since they were formed in the eighties, but their first release was in 2016. Curious to learn more about them, I’ve got a little nice chat with David DerMinasian, guitar player and founder of Retched. – by Fernando Ferreira

Hello and welcome to the World Of Metal! Retched exists since 1988 but there’s only one EP out from you – that we reviewed in our last issue. Can you tell us why, and what are the major difficulties you’ve found in all these years in your career?

Thank you for having me. Yes, I can tell you, back in the late 1980’s we didn’t have many ways to promote our shows, compared to now it’s easy and you can cover much area in a quick few minutes. Back then your promotions depended on how many flyers you can post before you run out of tacks or flyers. but back to the question. We did have a lot of issues with our manager and one day everybody stopped talking to each other and we went our separate ways never spoke now in thirty years. Then after that I stopped playing music until six years ago I came up with a tune that inspired me to play again. It’s been a hard recovery.

Do you think that nowadays there’s an idea of the metal scene in the eighties that doesn’t match to the reality of what was having a band in those days?

Sure there was even now I think.

Do you still have the same influences as you did when you began Retched? I mean, is there some newer influences that made through with the classics like W.A.S.P., Accept, Priest, Maiden, etc…?

Yes and many more I could fill the page with names. but I’ll name a few: Testament / Kreator / Exsodus/ Slayer / Dust Bolt / Warbringer / and many others.

Now, with all the technological side of things being more developed, do you think it will be more easy to release more music?

For me I think it will be after all this time there’s a few more things to get in order first and then after everything is in its place it will be much easier for me.

How’s the metal music scene in California? Is there places to play, and also bands within the traditional metal genre?

Oh yeah, There’s a lot of clubs that play metal and hard rock down in Los Angeles area, it’s about a three hour or more drive depending on the traffic.

Since your album is being on the works, do you think you’ll be able to do a tour outside the U.S.?

We will gladly do a tour When we have the budget for that but until then we won’t be able to.

How do you see Retched in the future? What are your expectations to achieve? After thirty years of career it must be different from what you had in the beginning, right?

I see us in the future being older and wiser. Well what we have are not so much expectations as is hopes. We hope to do our music full time with a paycheck. MY career wasn’t only about 4-6 years that I stopped playing music all together except for an occasional jam session. Yes for sure everything I knew was old and obsolete and I had to learn the new way.

We know that you have another projects, can you tells more about them?

Not really there has been talk between myself and another artist about working together on a song. At this time we are also working on our full length album with a target date of November or December 2018 it will be a full length album on CD’s and Vinyl. You can find our Merchandise here: https://retched1.bandcamp.com we will be adding our CD’s and Vinyl’s soon and band patches very soon digital is available now. You can also find our band pages here: www.facebook.com/theoverlordmessiah    www.twitter.com/@DDerminasian and Streaming here: https://soundcloud.com/derminasian_tracks/tracks