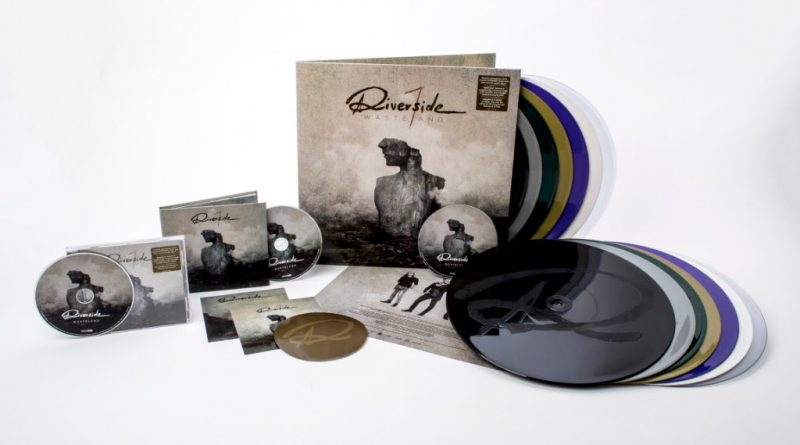 ”28th of September will see the release of an album, which for me is the finale of quite a painful journey, the last part of a private trilogy about surviving and trying to find yourself in a new reality. It’s the third album I’ve done in one year, and when I’m thinking, “three albums in a year”, it does seem a little crazy. Lunatic Soul’s “Fractured”, released on October 6th 2017, was a kind of projection of myself at some point in the future. I was “fractured” but already put together again. I have to admit that I was cheating a little. I was not put together at all. Released on May 25th this year, Lunatic Soul’s “Under the Fragmented Sky” was closer to the current state of affairs and the track “Untamed” became my new credo. “Wasteland” by Riverside is a return to the place I had wanted to erase from my memory, ignore and, in general, not think about too much. After “Walking on a Flashlight Beam” by Lunatic Soul, an album about depression and suicide, I didn’t want to go into darkness again. That’s why Riverside’s “Love, Fear and the Time Machine” was all pastel and as far from the blackness as possible. I was a little afraid to go back to the gloom even on “Fractured” and “Under the Fragmented Sky”. And so it’s not until “Wasteland” that we finally get the fulfilment of what I was singing about in “Battlefield” and “Moving On”.

In the music of Riverside, as well as that of Lunatic Soul, emotions are the most important aspect for me. All the rest is superficial, more or less polished, it attracts or puts off only those who think they are in the know. Thanks to all of you who have stood by our side, by my side for the past few years. Thanks for taking the journey together and for your understanding. I hope you’ll like “Wasteland”.

“That day is coming
I know that you are calling to me
I don’t want you to make me wait too long
It’s time to get on the road.“

See all formats pictured above and order “Wasteland“ from the IOM webstore here:
https://www.insideoutshop.de/Artist/Riverside/20863?Page=1&PageSize=25&Sort=13
Or from other locations here: https://Riverside.lnk.to/Wasteland