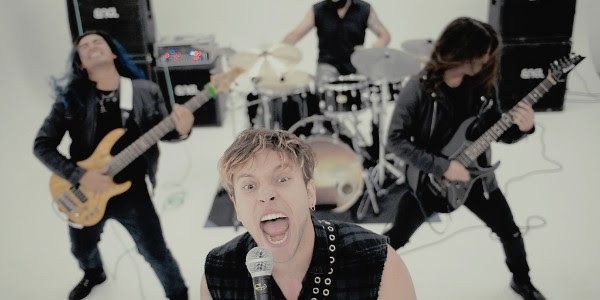 As a direct response to the Trump Administration’s proposed Raise Act, Venezuelan-American progressive metal outfit SIFTING have unveiled a video for their new single ‘Not From Here’. The video was directed by Abelardo Malpica at LH FILM. ‘Not from Here’ is the title track taken from their upcoming full-length album produced by Ryan Williams (Velvet Revolver, Rage Against the Machine), and Steve Evetts (Senses Fail, Suicide Silence), set for worldwide release on September 29, 2017 via Eclipse Records.
Watch the full video below
“We can’t forget that this beautiful nation was built by immigrants. That diversity has contributed to the development of this great nation” states vocalist and frontman Eduardo Gil. “The intent of the proposed Perdue-Cotton RAISE Act is to curb the level of legal immigration by proposing a merit-based system that grades immigrants based solely on their skills. When I first moved here from Venezuela, I thought I needed to fit in, lose my accent, and dress like everyone in Los Angeles. After reflection however, I realized that I would have been lying to myself. Not From Here was written about overcoming this dilemma which is something all immigrants think about. We don’t need to erase our heritage, or try to fit in. This is a free country and that’s why this nation is great!”