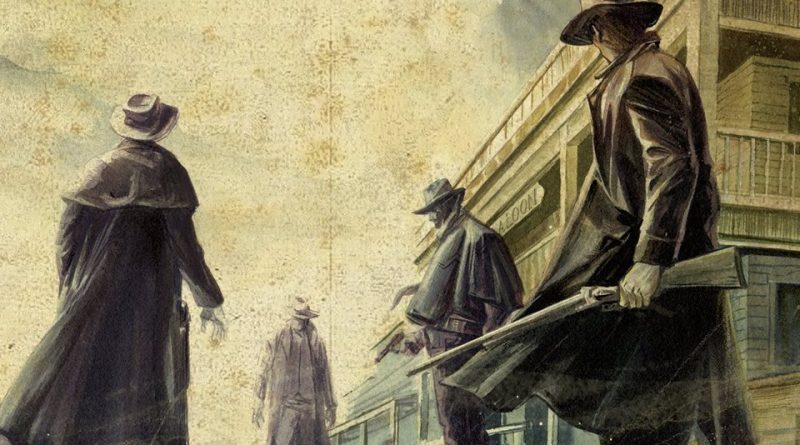 Jesse James the Ecstasy of Gold  runs through your veins …! Gold, Outlaws, Smoking Barrels and Heavy Metal! The forth full-length album ‘ Of Gold and Guns ‘ of the Italians  SpellBlast , delivering a conception nine tracks’ pack of Heavy, Power Metal that is blended with the sensation of the Old West.

The Italian Heavy Metal band  Spellblast  was born in 1999 but the first relevant work released in 2006 by  Fuel Records  is the full length ” Horns of Silence “. The album is made up of nine songs with a purely metal power sound, slightly pervaded of folk influences; lyrics draw inspiration from Tolkien, Fantasy themes.

Sounds change with the second full length “Battlecry” released in 2010: its twelve songs are indeed more folk-power oriented, while lyrics are based on ancient Norse mythology and divinities. This time  Spellblast  can rely on another special guest at the voice: Fabio Lione (Rhapsody of Fire, Vision Divine).

The third album, “Nineteen” comes out in the beginning of 2014: a concept album based on Stephen King’s masterpiece “The Dark Tower”. The album consists of thirteen tracks where the folk sound of the band evolves in a kind of western direction.

The sound of the band evolved album by album, from a classic power metal with folk influences to the tunes of their new work “Of Gold and Guns”, an old west themed heavy metal influenced by Ennio Morricone’s great soundtracks.

Of Gold and Guns is a 9 track concept album based on the legendary characters that lived in America during the second half of the nineteenth century, plus a very special mention to their contemporary fearless hero icon Tex Willer.

SpellBlast ‘s powerful sound allowed the band to gain a place in the Italian metal scene without losing its identity.