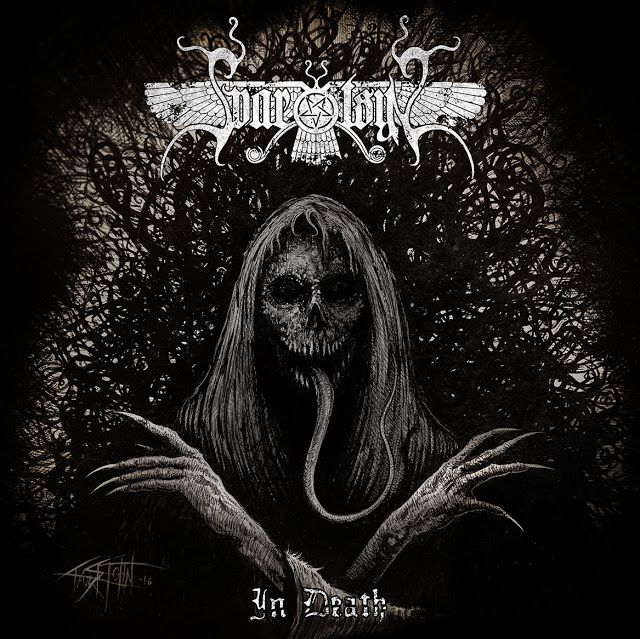 Long-running Swedish black metal band SVARTSYN is streaming the new album “In Death” prior to its June 9th release on Agonia Records. Listen to the album below:
SVARTSYN plays dark, grim and misanthropic black metal. The music operates from mid-paced to fast and sinister tempos, featuring a dynamic melodic range injected into an overall feeling of obscurity and brutality.
Originally formed as Chalice in 1991, and renamed to SVARTSYN three years later, the band can be considered as a one man project led by Ornias. He sang and played all instruments on “In Death”, except for drums.
Ornias commented: “The new record completes and combaines the Black Testament and the Nightmarish Sleep albums. My revelations. My deathwork“.
“In Death” was recorded at the Belgian Mortsella Studio in March and December 2016, and in January 2017. Mixing and mastering took place at Clintworks Studio (Amon Amarth, 3 Inches Of Blood, Misery Index). The cover artwork was created by Chadwick St John (Arckanum, Horna, The Piper graphic novel).
Support World Of Metal
Become a Patron!
World Of Metal Magazine – Agora Grátis/Now Free!
Buy CDs in our store