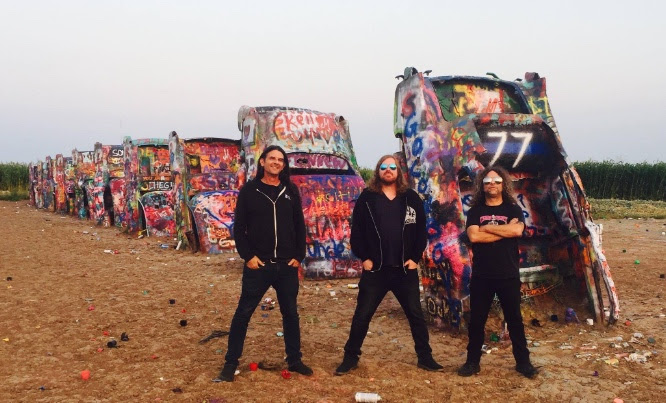 THE ATOMIC BITCHWAX will soon hit Europe in the run up to the release of their upcoming album, Force Field, due out via Tee Pee Records on December 8. The tour kicks off next week and runs right through until mid-December. Full tour dates are below.

Since its formation in 1993, THE ATOMIC BITCHWAX has inspired hundreds of developing rock and metal bands, but no group of musicians has come close to matching TAB’s unique style of fun, frenetic and formidable rock and roll. Featuring bassist/vocalist Chris Kosnik and drummer Bob Pantella (each also of MONSTER MAGNET) alongside shred-tastic gunslinger Finn Ryan, the band has perfected its unique style of hard rock that High Times appropriately tabbed, “thunder-boogie” and Noisey has hailed as “designed to be blasted out of a drop top Camaro”. From 1.12 onwards  Greenleaf and Steak will join the tour.

Force Field will be released via Tee Pee Records on December 8, 2017. It is available to pre-order HERE.