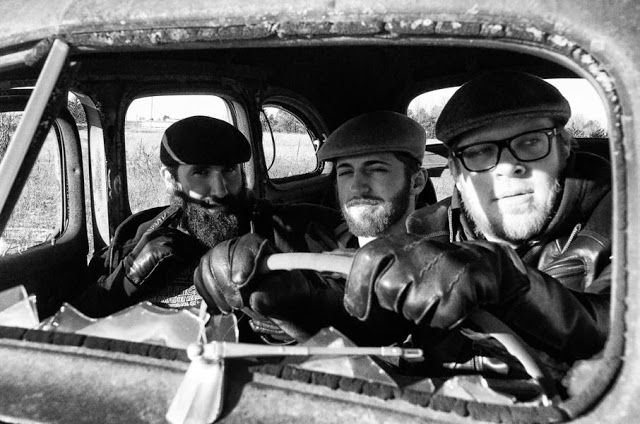 Seared by the Sunflower State of Kansas, THE MIDNIGHT GHOST TRAIN keeps rollin’ again – and they are about to return with their most diverse album to date!
The band’s fourth opus titled ‘Cypress Ave.’ is set to be released July 28th 2017 on Napalm Records, and will please both old and new fans alike. Never before has THE MIDNIGHT GHOST TRAIN shown this side of themselves. Their new album proves that they ‘re not just another rock band, they’re explorers, risk takers, and true artists. This is not a departure, but an expansion:
“It was time to challenge ourselves, and our fanbase, and do something completely different that hasn’t been done before in this genre“, says guitarist & vocalist Steve Moss. “No sense in doing the same thing over and over again, there is no growth in that. We want to learn, create, and leave our true artistic impression on the world.“ He continues: “Not one song on this album sounds the same. Each track has a completely different feel and unique quality to it. Something in this album for everyone in every genre of music out there. Exploring and challenging new grounds is what this album is about.“
Now THE MIDNIGHT GHOST TRAIN have unveiled the album artwork for ‘Cypress Ave.’, and the tracklist will read as follows: 1. Tonight
2. Red Eyed Junkie Queen
3. Glenn’s Promise
4. Bury Me Deep
5. The Watchers Nest
6. Break My Love
7. Lemon Trees
8. The Boogie Down [ feat. Sonny Cheeba ]
9. Black Wave
10. The Echo
11. I Can’t Let You Go [ Bonus Track ]
The band’s organic and authentic sound lives in the musics throaty vocals, deep lyrics, melancholy melodies and forceful, shaky riffs. Honest, straight-forward and peppered with woefulness.
‘Cypress Ave.’, coming July 28th on Napalm Records, is an absolute must for every blues- and rock fan. Be prepared, for the return of THE MIDNIGHT GHOST TRAIN with their most diverse and uniquely sounding album to date!
Support World Of Metal