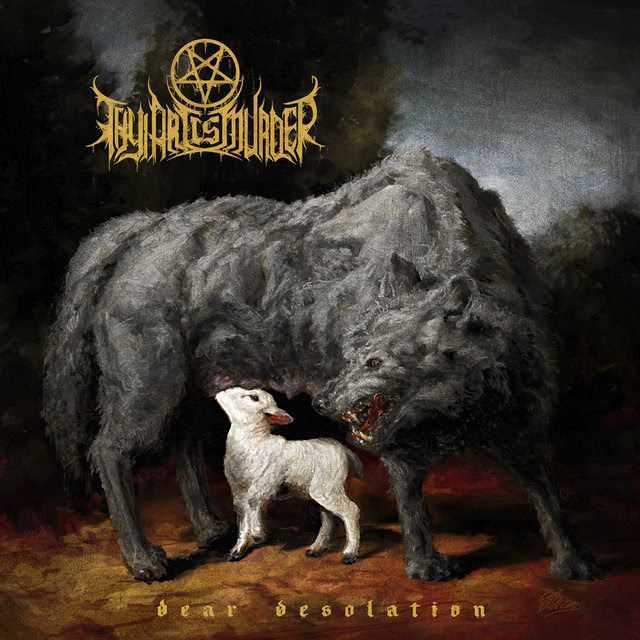 Australia’s premiere incendiary musical export, THY ART IS MURDER, will release their new album »Dear Desolation« on August 18th via Nuclear Blast Entertainment. Check out the music video for the first single, ‘Slaves Beyond Death’ below
“Dear Desolation” was produced, engineered, mixed and mastered by Will Putney at Graphic Nature Audio in Belleville, NJ. Artwork was created by Eliran Kantor (HATEBREED, TESTAMENT, ICED EARTH, SODOM).

Comments THY ART IS MURDER vocalist C.J. McMahon: “I feel the strongest I’ve ever felt going into a record. Coming back to the fold of our band has reinvigorated me. I missed my brothers, touring, and of course all our dedicated fans around the world who have always given us their all.
This new record is going to shape our future; we gave it everything we could and then some. In the past, I was the weakest link and now that I have re-built myself, we are stronger than ever and nothing can stand in our way.”
Adds guitarist Andy Marsh: “Hate, War, Desolation; the trilogy series of the path mankind has laid out before himself. We are prouder than ever of our efforts on this record. A lot of time, planning, creativity and teamwork has culminated in what we think is our most completed vision yet: »Dear Desolation«.”
Pre-order “Dear Desolation” in various formats and bundles from around the world via https://www.thyartismurder.net. Pre-order the album digitally now from  iTunes and Amazon and receive the song ‘Slaves Beyond Death’ instantly.
Support World Of Metal
Become a Patron!
World Of Metal Magazine – Agora Grátis/Now Free!
Buy CDs in our store