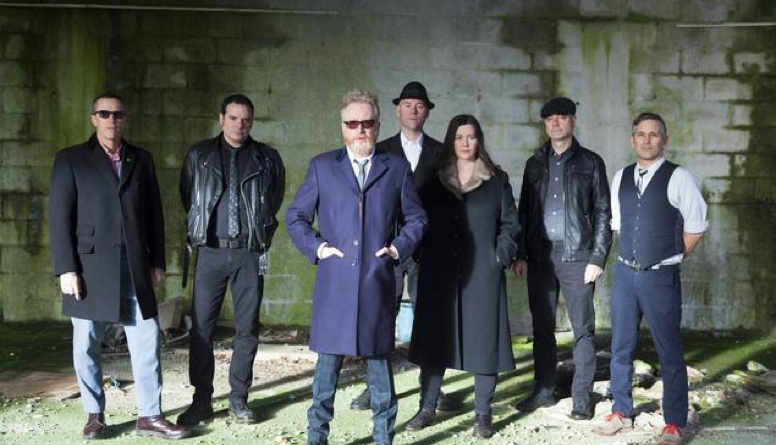 The countdown is on as GWAR gets ready to release their bone-crushing, corpse-grinding new opus ‘The Blood of Gods’ out October 20th via Metal Blade Records. As the world continues hurtling through space towards a great conflagration of death and destruction, your alien overlords have dropped ‘El Presidente,’ the second single from the album. Hopefully this will speed things along! Listen to the track below:

Head over to http://metalblade.com/gwar/ and pre-order your copy of ‘The Blood Of Gods’. Digital pre-orders come with instant downloads of both ‘Fuck This Place’ and ‘El Presidente’.

Additionally Beefcake the Mighty, has issued a brief “State Of The GWAR Union” address. Watch it here: facebook.com

Concerning the album: ‘The Blood of Gods’ chronicles the rise of humanity against their makers, and the massive battle between GWAR and the forces of all that oppose them. Along the way, the band challenges the sins of humanity from politics, pollution, and organized religion, to fast food, and factory farming. Humans are shown as what they are; a parasitic disease that must be eradicated before they suck the planet dry!

Flogging Molly premiere animated video for “Reptiles (We Woke Up)

Celtic punk mainstays Flogging Molly share their new music video for “Reptiles (We Woke Up)” today, watch it here. The video is directed by the band’s longtime friend Richie Smyth (U2, The Verve) whose unique animation style brings the provocative anthem to life on-screen.

“When Richie Smyth, accomplished director and childhood friend of Dave King, came to us with the animated video concept for “Reptiles (We Woke Up)”, we knew he was the guy to get the message across. Working with him has been a pleasure and we are excited to share this video,” Flogging Molly says.

Director Richie Smyth adds, “The idea for the video was to take Dave on a journey as he starts to transform in to a reptile. CGI was a cool way to do this. On the surface we see a literal visual rendition of the song like a ‘call to action’ as Dave gathers his army but underneath the surface it’s telling the story of Dave’s early days as a musician. The house he leaves at the start is the actual house he was born and raised in. I grew up with him and we would kick all the chains as we walked home from school. The beach is where we spent our youth. Then Molly Malone’s in Hollywood is where Dave and Bridget first met and the band was born. I shot Dave performing the song so the animators could track his movements onto the CGI character! It’s his actual performance.”

The Melodic Power Rock Band RIZON from Switzerland played on June 3rd, 2017 at the Klangfestival in Munich. The band has palying many songs, including the song “Feel The Heat”, which was on the album “Power Plant” (release date: 4th March 2016). Now was released a video for the song. Here is the final result.