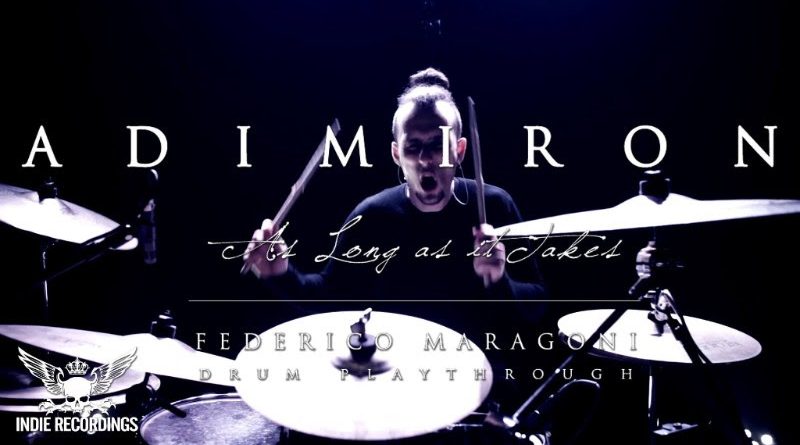 ADIMIRON RELEASES ‘AS LONG AS IT TAKES’ DRUM PLAYTHROUGH

One of the most promising European progressive metallers Adimiron released their critically acclaimed album titled ‘Et Liber Eris’ in November last year. The band is now following up with an exceptional drum playthrough of the track ‘As Long As It Takes’ , taken from this dreamy masterpiece. If you like odd time signatures – this is your thing! Mindblow yourself with intense progressive metal drumming by the Italian drummer Federico Maragoni.

On Friday, European death/black machine BELPHEGOR will invade Latin America and present tracks from their latest studio offering, and most successful album to date, titled »Totenritual«. This also marks the band‘s first venture to Latin America since the release of the longplayer, and is followed by a crusade through Australia and New Zealand in May, a yet unrevealed Eastern European tour in June and a return to some of the biggest festivals in summer.

On the occasion of this year’s upcoming live rituals, BELPHEGOR present a lyrical performance video of ‘The Devil’s Son’, a song dedicated to the legendary violinist Niccolò Paganini (1781-1849), whose playing skills were so unique and virtuouso that he was told to have made a pact with the devil…

ELDRITCH – ‘AS THE NIGHT CRAWLS IN’ LYRIC VIDEO RELEASED

Progressive metal powerhouse Eldritch have released a lyric video of their new single ‘As The Night Crawls In’, taken from their upcoming new album ‘Cracksleep’, which will be released on March 23, 2018 on Scarlet Records.

This new album has been described by the band as the most diverse to date, mixing early-era Eldritch with some of their latest influences, technically challenging instrumental parts with dark atmospheres and arrangements, enriched by a lyrical concept that deals with some of the most common causes of insomnia. ‘Cracksleep’ has been produced by Eugene Simone, with recordings taking place between October and December 2017 At Bigwave Studios in Livorno, Italy, the ES Studios in Rosignano Marittimo, Italy and mixed at Domination Studios in San Marino by Simone Mularoni (DGM). Artwork duties have been handled by Federico Mondelli (Be The Wolf).

More news will be released soon on www.scarletrecords.it and www.eldritchweb.com