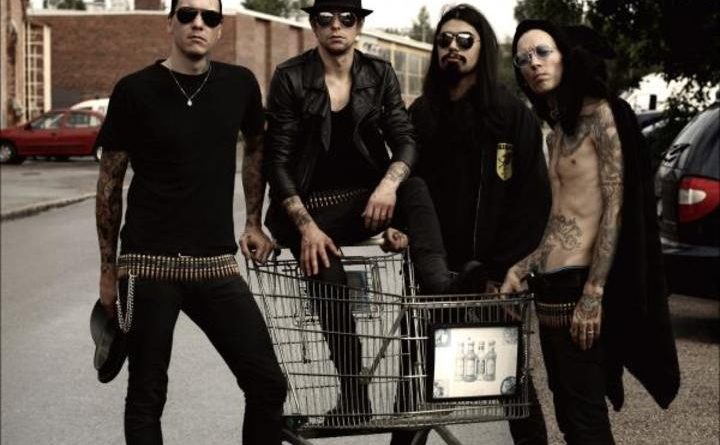 The Swedish death cult Alfahanne are out with their new music video for the track ‘Dödsmaskin’, taken from their critically acclaimed album ‘Det Nya Svarta’ released earlier this year. ‘Dödsmaskin’ is also an extraordinary collaboration between the alfapocalyptic rockers and the legend of the black metal – Sanrabb from Gehenna. Video filmed & directed by Carl Eek Torgersen.

The band comments the track:“This one is about the way we are living destroying ourselves and turning the world into a deathmachine. It’s a ticking bomb a race for rats. We are sitting with no lifeline no cure no backup plan. Carpe diem……” and continues with a comment on the music video: “We are really pleased with the video that Carl Eek Torgersen has made. It’s absolutely fantastic. And also a big thanks to Sanrabb from Gehenna for his outstanding vocal contribution on the track!”

The band comments:
“100% of all income of this single will be donated to Cancer Research. This is a very important cause for me, as I lost my mother to this horrible disease in 2010.”

The single will be available across all streaming and digital platforms very soon, and on the official webstore, where you will get a special edition with a lossless audio file, instrumental, high resolution cover art, and lyrics. Below you can seed the official Lyric Video