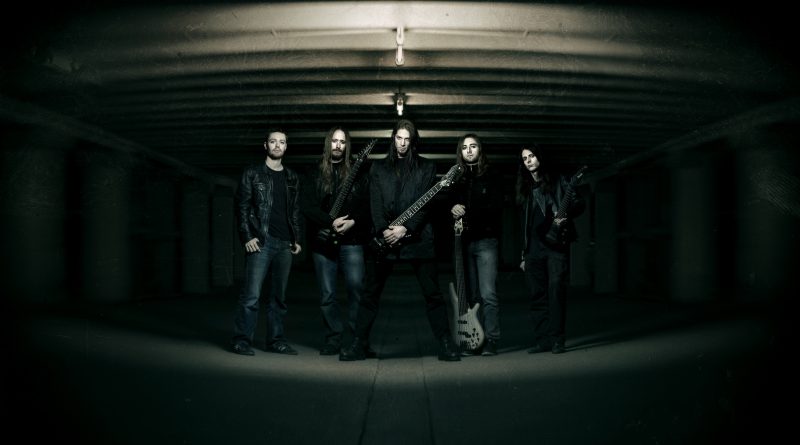 Hannes Grossmann comments: “I’m really stoked about this play-through video. It looks and sounds really huge and professional. Making drum pay-through videos is always a big effort, especially if the song is difficult – which it is. I was handling the audio recording and mixing too, so I had two jobs at once. In that big venue the drums just sounded amazing, there’s so much reverb, which is fun to work with in the mix.”

Spanish thrashers CRIMSON SLAUGHTER (www.facebook.com/crimsonslaughter) launched „Faceless Henchmen” video to accompany their crowdfunding campaign. The song comes from their recently released second album “Surveillance States”, which you can listen below:

German melodic death/doom metallers NAILED TO OBSCURITY recently announced the release of theirNuclear Blast debut, »Black Frost«, on January 11, 2019. Today, the band have unleashed a first taster in the form of the album’s title track. Directed and produced by Dirk Behlau (Pixeleye Interactive Design Studio & Film Production), the official video can be watched over below:

Vocalist Raimund Ennenga explains the song’s meaning, “While we try to route our sanity through daily grind and to skip facing our fears, our darkest emotions are able to create a burden in secrecy – they are able to cause our mind to capsize. We tried to capture this atmosphere in the lyrics and the music of our song ‘Black Frost’. A sinister maelstrom.”