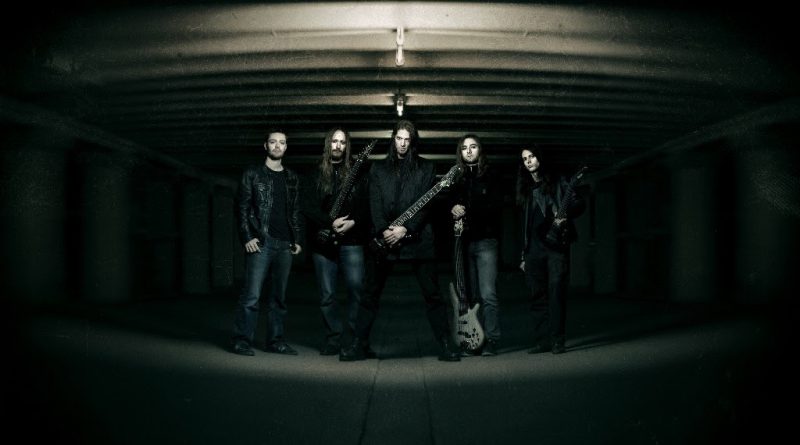 ALKALOID are unleashing the second sinister song taken from their forthcoming new album, ‘Liquid Anatomy’, which will hit stores on May 18th, 2018. The German and Dutch progressive extremists are now streaming “Kernel Panic” below:

ALKALOID guitarist Danny Tunker comments: “During the writing sessions for ‘Liquid Anatomy’, we started sending each other demos and ‘Kernel Panic’ was the first song that we agreed should be on the album. When the recording was finished, we changed the running order of songs quite a bit, but ‘Kernel Panic’ was always going to be the opening track. The title was coined by Morean after his old computer gave him a kernel panic message, which is a safety measure in operating systems when they encounter a internal fatal error. The song itself showcases quite a few of our disparate influences and serves as a subtle warning for what’s to come on the rest of the album.”

Order The Unchaste, the Profane & the Wicked on CD and digital formats at darkdescentrecords.bandcamp.com/album/the-unchaste-the-profane-the-wicked.

Spanish instrumentalistrockers Toundrarecently announced the release of their fifth studio album ‘Vortex’ for 27th April 2018, following the success of ´IV´, which reached an historic #2 in the Spanish charts. Now they are proud to reveal the powerful new video for the first single ‘Cobra’, created by Jorge Escalona using photographic material from Pulitzer Prize winner Manu Brabo and video material from well-known Spanish journalist Gonzo.

You can watch Toundra´s new video “Cobra” below:

Manu Brabo comments: “It made me feel really proud to collaborate on this considering how socially responsible the band was being as an artist and communicators.”

Gonzo adds: “The victims in every war is always the innocent, who never starts the war. They lose their lives, their homes and their dreams. Refugees escaping their homelands become ambassadors of the nonsense.”

Toundra comments: “With this video we just wanted to shine a light on those who Victor Hugo called Les Miseràbles.”

As mentioned previously, the title of the album is ‘Vortex’, as the band explain:

“On September 19th in 2012 we arrived at a venue called ‘Vortex Surfer Musiklub’ in Siegen, a small town in Germany. We played there, the venue got packed and everything about that night, including the warm welcome from everybody working there, was incredible. We fell in love with that small venue and the house next to it where we slept that night.
Since then, we played Vortex five or six times and there has always been that same great fond feeling from the people there. So, this upcoming album is called ‘Vortex’. We leave behind the roman numbers and want to use this as a way to thank all the promoters, people working in venues, labels, agencies, fans… and everyone who has helped us over the years to live this dream. We can’t wait for you to hear some of the music”