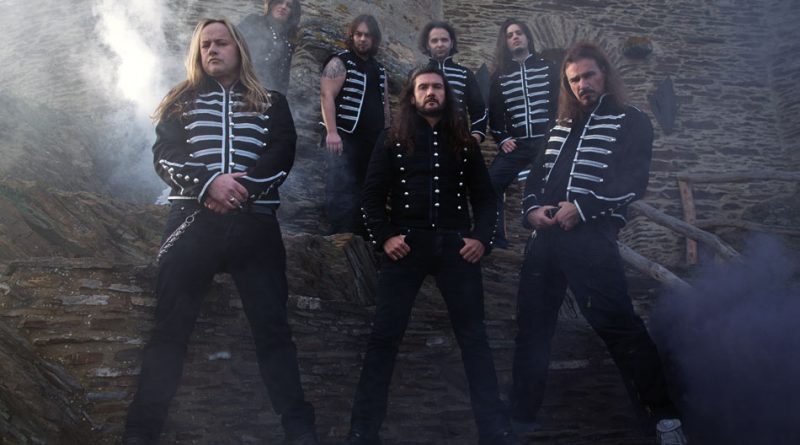 Only one week remains until ALMANAC – the new band of Victor Smolski (ex-RAGE) – will release their sophomore record titled »Kingslayer« via Nuclear Blast! After recently revealing the fourth album trailer, the music video of the first single ‘Losing My Mind’ plus the live video of ‘Children Of The Sacred Path’, it’s finally time for the second digital single ‘Hail To The King‘, accompanied by a new lyric video!

Victor comments on the song: “I am looking forward to play that song live, because I am pretty sure that it will turn out to become an anthem on stage. When I wrote “Hail To The King”, I felt pretty much inspired by SAVATAGE. I still remember the time, when I played my first European tour with my former band MIND ODYSSEY, supporting SAVATAGE – which was a real blast, we were jamming with them every day during soundcheck. I think you’ll hear their inspiration on this track.”

Italian ESP Guitars endorsee Mario Di Giambattista of death metal band DEVANGELIC just sent over this playthrough video of his band’s diabolically heavy tune “Plagued By Obscurity“. You can watch it below:

Mario is playing on his own ESP Custom Shop guitar, a beautifully sleek design in black with red accents based on the ESP M-I called “Phlegethon”. Keep up with Mario and Devangelic at their Facebook page.

MARIO comments:
I’m usually a fan of classic guitar body shape and very simplistic details so for my new axe I choosen standard M body, 1 volume
knob, 1 pickup (EMG 81), no pickup ring, no floyd rose, reversed headstock, high quality materials of course, all black finish with bloody red binding! And it looks amazing!
(Full specs at the end of the video).
I’m very proud to be part of ESP Guitars family, one of the biggest guitars Company in the World!
Would like to thanks all the ESP staff in USA, Backline from Italy and Mr. Makoto Suzuki and all the guys at Japanese ESP Custom shop for the creation of this unique masterpiece of handcrafting elegance and brutality!

The video filmed and edited by Lucia Palomba describes at the best the intimacy between humanity and nature and shows a new side of the eclectic, modern and completely independent from any influences project that will enchant you thanks to a majestic and poetic lyrical and musical approach.

You can order, download or stream the album at: http://smarturl.it/EVACANT