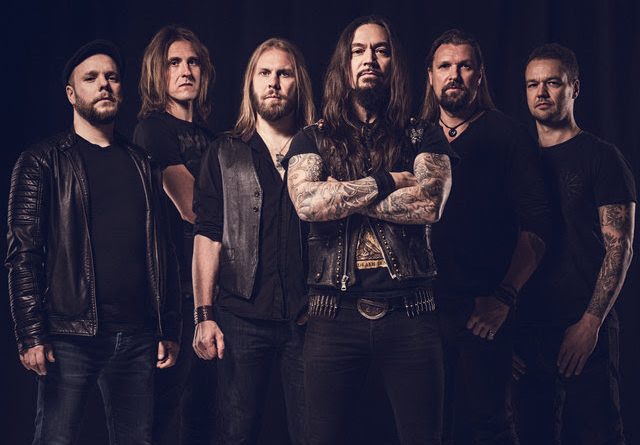 The album is available for pre-order in various formats (pre-order digitally to receive ‘Wrong Direction’ and ‘The Bee’ instantly), here:
http://nuclearblast.com/amorphis-queenoftime
Pre-save the album via Spotify, here:
https://tools.topsify.com/follow/6834/pre-save-queen-of-time-by-amorphis

WHITE WIZZARD are finally publishing the previously announced video for the epic “Chasing Dragons” from their fourth album “Infernal Overdrive“, which legions of metalheads are binge-listening to since January. The metal record, on which bassist Jon Leon once again proves his songwriting skills, is commonly referred to as the band’s strongest record. Loudwire voted the album as one of 2018’s Best Metal Albums…So Far.

The release of KARDINAL SIN’s album “Victorious” is less than 10 days away! You can now watch the official video for the album’s title track below:

KARDINAL SIN’s upcoming album “Victorious” – out on April 27, 2018 via Massacre Records – offers a blend of power metal and classic heavy metal with strong melodies!
It was mixed and mastered by Fredrik Folkare at Chrome Studios. Thomas Geson Gustafsson has created the cover artwork. You can pre-order the album here » https://massacre.lnk.to/victorious