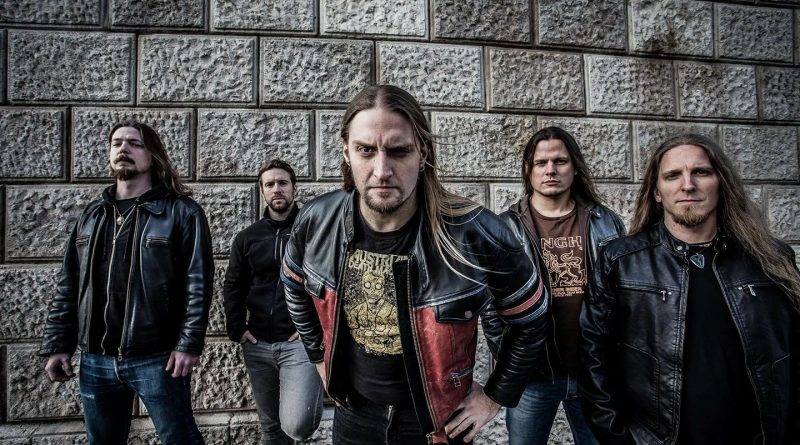 Hungarian thrashers ARCHAIC have revealed their brand new video for “The Saw”, taken from their latest album How Much Blood Would You Shed To Stay Alive. The album is a follow-up to their first full-length, Time Has Come To Envy The Dead that was released more than 12 (!) years ago in 2005 via ViC Records. The debut quickly gained the band international recognition and got them to a tour to support Testament in Germany.

The band issued their new video with the following description to set the mood:

“In 2018, a large number of dead bodies were found in a hidden room, near to thrash metal band Archaic’s rehearsal room. A badly damaged video camera was found thrown into a near trash container. The following footage was retrieved from the broken memory card. Viewer discretion advised.”

The band stated the following – as they won awards for the best studio production and best artwork also:

“The recording process has started in 2016 with Attila Vörös (SOW, Satyricon) and continued  with István Horváth (ex-Blind Myself, PMA). We’ve recorded it only for ourselves, we neither wanted to release it, nor to make it available publicly. The mood was always excellent in the studio, and during the recording we were convinced to take this album seriously. Following a series of positive feedback, we asked Péter Sallai to make something for the cover art, which he did in merely 4 days. The rest is history…”

Baltimore’s War On Women were born screaming—at the world, at the status quo, in the face of oppression. The band’s forthcoming album Capture The Flag calcifies that rage, and no one in its wake is safe. Much more than a collection of songs or sonic experiment, Capture The Flag is a call to action that cannot be ignored.
Now, War On Women have unveiled the second single off of their forthcoming LP. The song, titled “Lone Wolves,” is relevant and vital, touching on the gun violence epidemic that’s plaguing America.  With lyrics like “They don’t care if you live, they don’t care if you die, it’s only ever been about control,” there’s no time more critical than the present to incite change.
With hundreds of shows and years of activism behind them, Capture The Flag finds War On Women more dogged than ever. As is their modus operandi, War On Women have not stopped at the music. Capture The Flag will also receive its own college-level companion workbook. Inspired by the academic community’s fervent embrace of their self-titled record, War On Women have decided to not only join the conversation, but also facilitate it. This workbook—which will be available for preorder with Capture The Flag—includes a lyric sheet and song dissections, relevant quotes, a reading list, directory of resources, and national support hotline numbers.

Vancouver’s blackened death thrashers HALLUX reveal their new music video “Yersinia Pestis” in support of their debut self titled album unleashed this past February. Inspired by Toxic Holocaust, Satan’s Wrath, S.O.D, Celtic Frost, and Power Trip, the trio offers a thrash album with influences that draw from Death, Black, Crossover and D-Beat. The album features ragers such as ‘Yersinia Pestis’, ‘Master Machine’, ‘Chosen Enemy’, ‘Absolved in Flames’, and ‘Herders of the Weak’.

“We decided to start a project focused on a straight-forward approach and aesthetic inspired by early extreme metal bands, with the classic three-piece line-up, and leaving behind anything other than the absolute necessity to pull it off. We hope this album is received as a representation of our ideals by like-minded people…We want it to incite feelings of disconformities and disdain by illustrating the corruption of all forms of authority.”