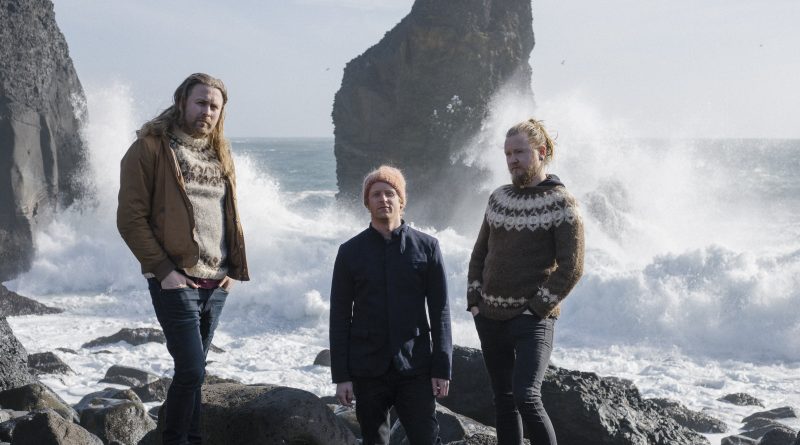 ÁRSTÍÐIR are premiering the third single taken from their forthcoming new album, ‘Nivalis’, which will be released on June 22nd, 2018. The enigmatic Icelanders are now streaming the magical song, “Lover” via the official Season of Mist YouTube channel and you can watch it below:

ÁRSTÍÐIR comment: “What started out as a simple riff idea in the studio, developed into the song ‘Lover’, our third single from our upcoming album ‘Nivalis’. When we’re making new albums, we tend try out different instruments each time in order to get different ideas. For ‘Lover’ we messed around in the studio with a vintage Moog Synthesizer from the 70’s, which gave the song the character in needed. Like on our previous two singles, ‘While This Way’ and ‘Entangled’ the drums play a big role in ‘Lover’. Drummer Magnús Magnússon’s less-than-ordinary drum style really hit the mark on this one. We hope you like it!”

An introduction to this many-faceted record is provided by the heavy track “Miniskirt” below:

Mark Deutrom comments on the track: “During the recording of ‘Brief Sensuality and Western Violence’, the song ‘Miniskirt’ kept surfacing as a possible candidate for inclusion. At the time it seemed somewhat superfluous to flow of things, but now it appears absolutely representative of the Brief Sensuality aspect of the title, and most importantly, the world definitely needs a song about the miniskirt.”
‘The Value of Decay’ is also streaming in full through various services here!
Pre-sales: http://smarturl.it/DeutromBrief

The official video clip for BALGEROTH’s new single “Jenseits des Himmelstors” has been released – check it out below:

It’s the second single off the upcoming DEBAUCHERY VS. BALGEROTH album “In der Hölle spricht man Deutsch”, which will be released on July 13th via Massacre Records. It’s available as 2CD (Jewel Case), limited edition 3CD Digipak as well as limited vinyl LP and can be purchased here » https://massacre.lnk.to/balgeroth

BALGEROTH is the third and final part of the Trinity of Blood Gods – consisting of DEBAUCHERY, BLOOD GOD and BALGEROTH. BALGEROTH‘s songs are savage, brutal and in German only, and free of any political message.