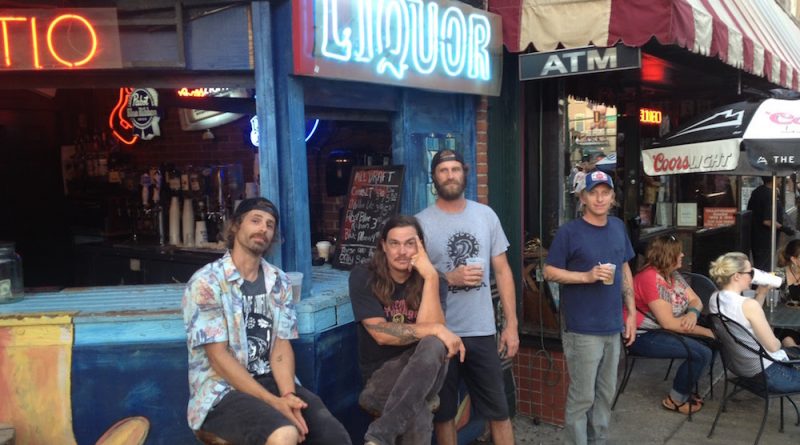 Formed in North Carolina in 2001, the riff-fueled, distortion-driven rockers ASG have re-emerged with their six-full length and first new album in five years, Survive Sunrise.  The album – which is out today on Relapse Records – further expands upon ASG’s trademark blend of heavy, southern-fried, alt-rock fury and infectious, hook-centric accessibility. With unabashedly hooky vocals, evocative lyrics and well-honed musical chops, ASG create soaring, melodic rock anthems with a sunny, colorful vibe that are reminiscent of the album’s electrifying cover art, designed by Malleus (Queens of the Stone Age, Foo Fighters, The Melvins). Survive Sunrise is the perfect summertime hard rock album, one that rocks with wild abandon and will burrow into your head for years to come.
Watch the new music video for the catchy, groove-laden track “Lightning Song” now below:

Orlando, Florida’s MEKA NISM’s sound is powerful, metallic, aggressive, melodic, and in your face. A band that fires on all cylinders and with the most charismatic front-woman “Meka”; the band has returned in 2018 with their new EP “The War Inside” released earlier this spring on May 10th to follow their three previous releases “Live From The Machine Shop” (Live CD) (2016), “The Shift” (EP) (2015) and “The Dance At The End of The World” (EP) (2013).  The band has supported legends like Mastodon, Gojira, The Offspring, Limp Bizkit, Otep and In Flames over the years along with most recently Jonathan Davis (Korn) this past May.

The band’s new EP “The War Inside” stands for the ability to face your inner demons, conquer your internal battles, and to help realize that you can change your life for the better. That message is evident in their new music video for their infectious song “Trailblazer”, a heavy, fast tune that revolves around the idea of not letting regret or tragedy stop you from living your life to the fullest while you can. Your state of mind can imprison you or set you free.

Monster Truck are proud to present another new track from their brand new album ‘True Rockers’, which will be released on Mascot Records/Mascot Label Group on 14th September 2018.

It’s been two years since the mighty ‘Sittin’ Heavy’ came out and in the 18 months that followed its release, they played over 150 shows, which included arena tours with Nickelback, Billy Talent and for the final ever European Deep Purple tour – They also played with Black Stone Cherry, Volbeat, The Temperance Movement, Jane’s Addiction, Rob Zombie and Alter Bridge

Album opener ‘True Rocker’ is a statement of intent and features Mr ‘I Wanna Rock’ himself, Dee Snider (Twisted Sister). “He’s a true rocker, who’s more perfect than Dee Snider” says Harvey.   ‘Thundertruck’ is another juggernaut and was originally from the ‘Sittin’ Heavy’ sessions but was abandoned. Widerman says. “We had worked on that with me playing that lead part, and it left a big gaping hole in the heaviness of the song. Once we shifted that line over to the organ, we were like, this is awesome.”

In 2019 they will celebrate their 10th Anniversary and for a band that wasn’t going to take things seriously, they have already achieved an incredible amount in that time. “I think you have to know where you came from, otherwise how do you know where you’re going.” Harvey says. “You can’t forget your roots, we started from such a pure place of just a party. I literally couldn’t ask for anything better. How am I so lucky that I get to do this, perseverance pays off.”

Don’t tell Monster Truck that Rock is dead. Rock isn’t dead, it’s alive and burning a trail across the globe. Don’t fuck with the Truck.