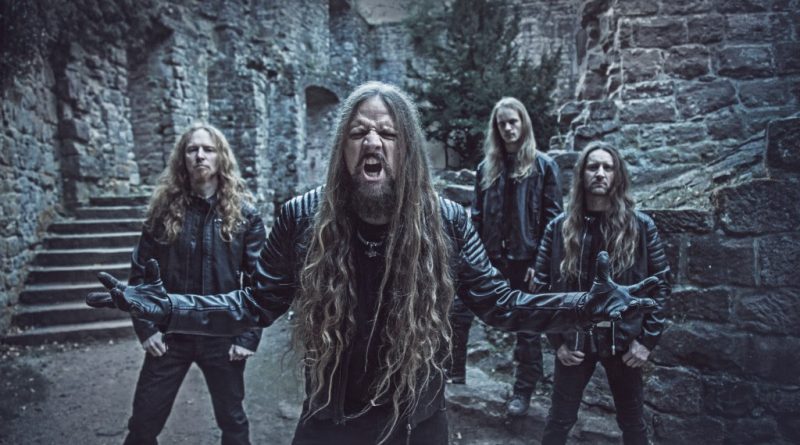 The German death metal flagship ATROCITY is back, and will release its new EP, “Masters Of Darkness”, on December 8th via Massacre Records! The EP’s title track is now streaming on YouTube in its entirety, and it’s accompanied by a pretty cool video that you can see below:

You can pre-order the EP here: https://massacre.lnk.to/mastersofdarkness

“Masters Of Darkness” is brutal, bombastic and dark! The new impressive EP is the perfect harbinger of the upcoming album “Okkult II”, which will be released in 2018 via Massacre Records worldwide! Fans of harder ATROCITY material like the first “Okkult” album or the death metal classics “Hallucinations”, “Todessehnsucht”, “Blut” or “Atlantis” will surely be delighted with the new EP!

The “Masters Of Darkness” EP will be available as a limited 4-track digipak EP as well as a limited 2-track 7″ vinyl single with a different colored artwork. The EP and 7″ are already available for pre-order.

“Masters Of Darkness” was produced by Alexander Krull at Mastersound Studio. The artwork has been created by Stefan Heilemann / Heilemania (Lindemann, Epica, Kamelot).

In late 2017, SQUEALER also has revealed the name of their new record label. Out of several offers, the band decided to go with Pride & Joy Music who will now release  Behind Closed Doors on February 23rd, 2018. In advance, three singles will be published from late November. SQUEALER also has found a new partner to work with at the booking sector; Nauntown Music are currently working on more dates and festivals for 2018 & 2019.

Christmas time has come and even Helsinki Vampires THE 69 EYES are ready to celebrate! Today, the Finns launch their music video for their new digital single ‘Christmas In New York City’. The video was filmed and directed by Ville Juurikkala, known from his previous work with THE 69 EYES, HIM, NIGHTWISH and AMORPHIS. See the band rocking out in their most festive way here:

“I wish nobody has to feel alone this Christmas. This song is all about that,” says THE 69 EYESsinger Jyrki 69. “The best feedback would be if Jesse Malin wrote & recorded a song called ‘Christmas In Helsinki’!”

‘Christmas In New York City’ is now available for download and streaming via this link:
http://nblast.de/The69EyesDigital