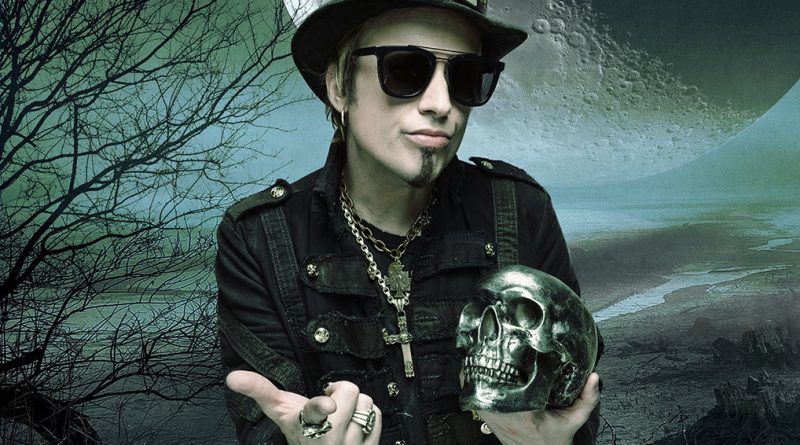 Tobias Sammet comments: „Yes, we’ve found a song on the new album that is below the 4 minutes benchmark and it would work as a single. And despite being rather short it’s also representative for the world of AVANTASIA. Somehow in hindsight I think that my admiration for Mike Oldfield shines through here, which wasn’t intentional but you can’t really control that. And by and large I find the song to be a typical AVANTASIA song nevertheless. The enchanting Candice Night did an amazing vocal job, and in all modesty, I think so did I, ha! ‘Moonglow’ is a declaration of love to the moon, the night; it’s about entering a different world and the sacred experiences that go along with it.“

LORD OF THE LOST – New Video For ”Loreley“ Out Now

After LORD OF THE LOST’s very successful 2018, they aren’t even thinking about taking a break. Right in time for their next tour, they’ve released an impressive new music video. The Germans act between grace, elegance and gloomy harshness in their fifth video taken from their successful album Thornstar (#6 in German Charts). The video shows a very new visual side of the band.

“Loreley” is a female spirit and demigoddess in the Pangaeian civilization, which Thornstar tells us about in the song and video. She conveys the dead into the realm of the souls, equivalent to what we call Heaven today. She is the most direct link between Pangaeians and their maker. In the new video, “Loreley” is vividly illustrated by a graceful dancer. It leads the viewer directly in the deepest innards of the Pangaeian culture.

LORD OF THE LOST on the new video and the upcoming tour:
“2019 – the Thornstar-tour continues and we never stand still. A steady alteration, musical and optical, is omnipresent in the history of LORD OF THE LOST and so it is always important to us to present our music visually in the exact way we feel it. “Loreley” combines beauty and grace with brutality and exaggerated kitsch. We are sure interpretations won’t come to a general conclusion.”

Megacorporations owning our governments, the world on the verge of ecological collapse – is this 2019?
When Philip K. Dick wrote what would later become Blade Runner set in 2019, no one would have believed that the dystopian cyberpunk future he imagined would be so similar to the world we live in today…

This realisation is what sparked the idea for the new album from FOREVER STILL –»Breathe In Colours«, which will be released via Nuclear Blast on March 29th.
With their sophomore full-length album, the band has evolved their songwriting skills even further and didn’t want to produce a plain copy of its predecessor »Tied Down«, released in 2016. Instead, the new album drifts both into more epic moments like on the captivating opener ‘Rew1nd’ or ‘Embrace The Tide’, while frontwoman Maja Shining also delivers her heaviest screams to date on the groovy ‘Survive’ or their emotional declaration of war,‘Fight!’. And for the first time, the songwriter duo of singer Maja and multi-instrumentalistMikkel Haastrup has decided to make the album a more collaborative effort and therefore brought their long time live drummer, Rune Frisch, into the studio with them to record the drums – a big step for the two young musicians who handled everything on their own on the previous record, from music videos to band photos, the album production and even concert booking.

Maja‘s lyrics are still as personal as they used to be, however for »Breathe In Colours«, the band decided to work with a futuristic and dystopian theme, as she explains: “Instead of looking in, we turned our focus to the world and saw it in a state of change. It somehow reminded us of the dystopian cyberpunk future, we’d seen in books and movies when we were kids, where megacorporations own our governments, the world is on the verge of ecological collapse and humanity is fleeing into cyberspace building walls around themselves and closing their eyes to the horrors of the real world. This, and the fact that two of the most influential cyberpunk works of all time, Blade Runner and Akira, are set in 2019, is what gave us the initial idea for the album and its more electronic and raw sound.”

On their social media, FOREVER STILL have already revealed some initial info on the new album hidden in binary code language, and the explanation behind the cover artwork of»Breathe In Colours« – still designed by Maja herself – is just as fascinating:
“At first glance the cover art appears quite dark and gloomy, but in reality it’s bursting with colour. Just like the real world – sometimes we just have to look really closely to actually see it. The many numbers behind me represent all the colours in the world in binary code – more commonly known as ‘computer language’ and is at the same time a reference to the world becoming so digital and people escaping into their computers to find colours instead of living in the real world and finding them there.”

The album will be available in the form of a jewelcase CD and digitally. Pre-order your version now: http://nblast.de/FSBreatheInColours