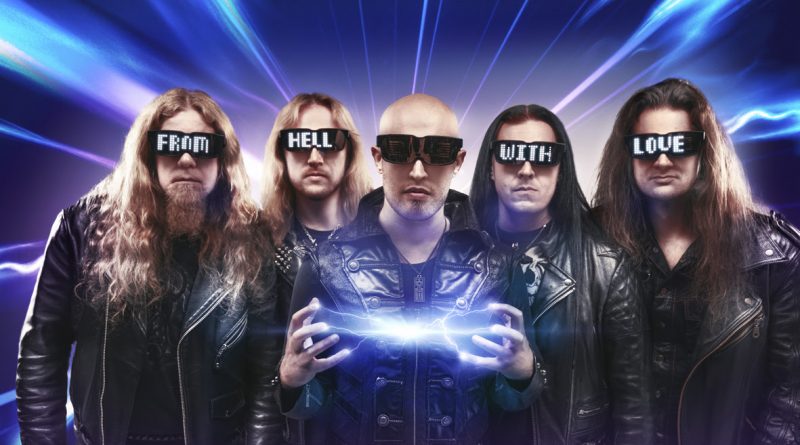 Up and coming metallers BEAST IN BLACK recently unleashed their sophomore record titled »From Hell With Love«, through Nuclear Blast Records. Today, the group with former BATTLE BEAST guitarist Anton Kabanen has launched a brand new music video for the album’s title track, ‘From Hell With Love’, which was once again directed by Ville Lipiäinen. Watch now:

The band comments, “We thought we should prepare something special for our fans for Valentine’s Day. So please welcome our new music video delivered with Love from the deepest pits of Hell.”

Less than 2 weeks to go until DAMNATION’S HAMMER are going to release their album “Unseen Planets, Deadly Spheres”! The second single, “Wolves Of Aquarius”, is out now and is also featured in a lyric video that’s available on

“Unseen Planets, Deadly Spheres” will be available as CD, stream and download, and is available for pre-order here » https://lnk.to/unseenplanets

Nick Stalvind from the Swedish metal band WOLF has contributed backing vocals on the song “Haunting The Abyss”. If you’re into dark, doom-laden metal that incorporated surreal atmospherics, you should definetely check DAMNATION’S HAMMER out!

TRAUMA – official lyric video for “From Here To Hell” released

TRAUMA has released a new lyric video for the song “From Here To Hell”. That song is on the album “As The World Dies”, which will be released on February 15th 2019 via PURE STEEL RECORDS.