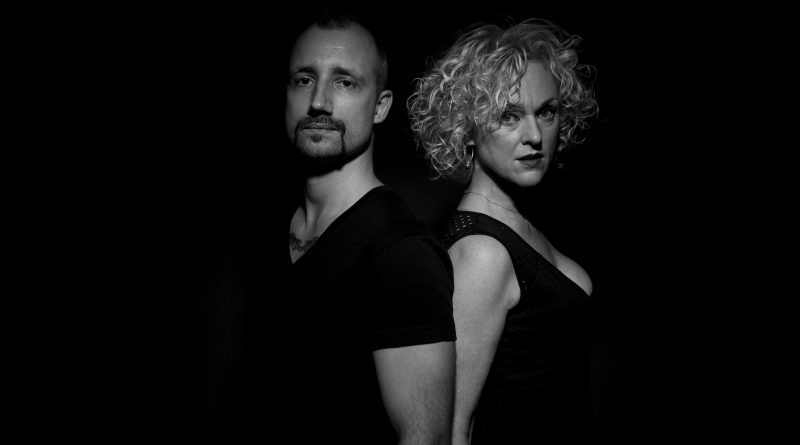 So, what do you suppose happens when you put Duesseldorf, Germany’s solo Artist, BEN BLUTZUKKER and the Norwegian songstress, LIV KRISTINE whom once fronted such inspirational bands as, LEAVES’ EYES, and Goth Legends, THEATRE OF TRAGEDY, into a pan together, mixed, then placed into a kiln for a while? Well, once that oven splits asunder, out emerges a Hymn that caters to the beings of the night. A tribute to the fascination that hides in the absence of light. The bass lines pulsate like hot bloodin the veins while the riffs cut like fangs into your neck.In addition, the voices of this dynamic duo ensnare and tentatively evoke memories of“Velvet Darkness They Fear”-the Album that has helped not only LIV KRISTINE, but an entire genre to break through. And who knows? BEN BLUTZUKKER knows! Knows thatthis time a music video complete with Lego figurines must not be absent! The lyric video features Lego likenesses of Liv and Ben, plus a myriad of scary scenes as the pair trek through a haunted house, and itsadjoining cemetary… A definite must see:

At the border of several worlds, Unburnt‘s unconventional music is organic, sometimes dark or ethereal, tensed between emotion and brutality. In the same vein as Neurosis, Unfold or The Ocean. The lyrics are poetic metaphors inspired by an intimate experience and taken trough the filter of esotericism

In 2018, the French post-metal band released its new EP called ‘Æthereal’ for Ltd USB Drive & Digital on Bandcamp, a second record after ‘One’ (2015), which possesses an almost cinematic quality that guides listeners through various passages and evokes a multitude of moods.

A fine example of the band’s songwriting skills would have to be the EP’s closing track, “Nebula”, preseted right now in a moody and kaleidoscopic music video. Be entranced by stunning visuals and indulge in progressive post-metal supremacy after the break.

Drudkh stream the track “Autumn in Sepia” of new compilation

Ukrainian black metal icons, DRUDKH are streaming the track “Autumn in Sepia”, taken from the new compilation ‘A Few Lines in Archaic Ukrainian’. The compilation, set for worldwide release on April 5 via Season of Mist Underground Activists, bundles the songs from the band’s split EP’s with HADES ALMIGHTY, GRIFT and PAYSAGE D’HIVER. Previously, this set of songs was only available on limited vinyl, but will now be released on digipak and cassette.

“Autum in Sepia” is streaming below: