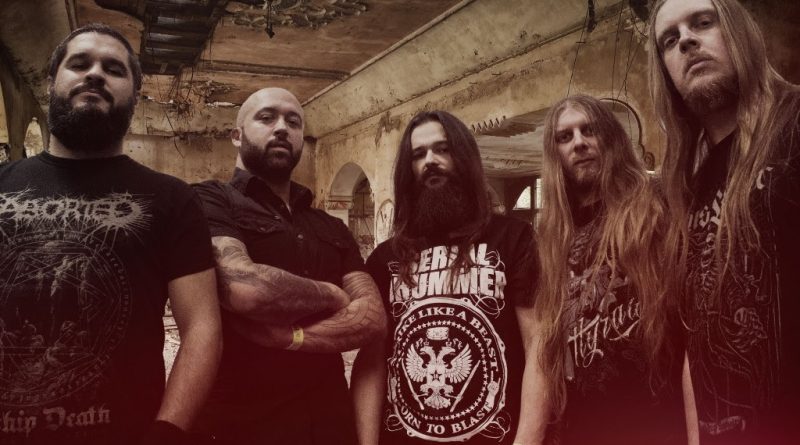 BENIGHTED are now premiering the first crushing new track of their forthcoming EP ‘Dogs Always Bite Harder Than Their Master’, which is slated for release on October 12th, 2018. The French masters of brutal death metal are streaming “Martyr” link below:

Vocalist Julien Truchan comments: “We are very excited to unleash the first track of our new EP ‘Dogs Always Bite Harder Than Their Master’, to celebrate our 20 years anniversary! This EP, with killer artwork made by Gary Ronaldson/Bite Radius Design, has been recorded at Kohlekeller Studios by Master Kohle, and contains lots of surprises. It includes new tracks, a cover track and live stuff from our 20th anniversary show in Lyon last May. Today, we deliver the first piece of bloody self-destructive sickness. Enjoy ‘Martyr’!”

Shining who recently announced their intention to BLOW THE DOORS OFF with new album Animal, have shared a lyric video for the title track alongside a huge run of European dates (see all dates below).

Multi-instrumentalist, vocalist & songwriter, frontman Jørgen Munkeby comments, “While writing these songs we always thought about how we could make sure they would sound awesome in a live setting. Now we finally get to play them there! In club somewhere in Europe, with a sweaty and excited audience screaming along! Can’t wait to see you all there!”

With new album Animal set for release on 19th October through Spinefarm, Munkeby is making his most audacious move yet with the former jazz-metal collective.

“I was tired of doing the same thing,” he explains. “I was done with ‘Blackjazz’ and wanted to create something new and exciting. I needed a change. I’m finally at the point where I have nothing to lose and everything to win. We had 360 degrees to play with so we could’ve gone in any direction. This new record is more Muse than Meshuggah, more Ghost than Gojira, and more Biffy Clyro than Burzum!”

From its retina-frying artwork to its relentless stream of memorable refrains, Animal is simply the ultimate 21st century party metal carnival. Entirely saxophone-free yet utterly unmistakable as a Shining release, it’s the Norwegians’ most startling record yet.

For title track Animal, Jørgen comments: “When we wrote Animal, we knew that we would want to announce the album with that song! It’s just such a fun and rocking number, and I also can’t wait to open our live shows with it! Wolf howl, and GO!” Watch the lyric video for Animal below.

The official music video for “Lost Paradise”, the second single from ‘VEHEMENT’, is already streaming online and can be seen below.