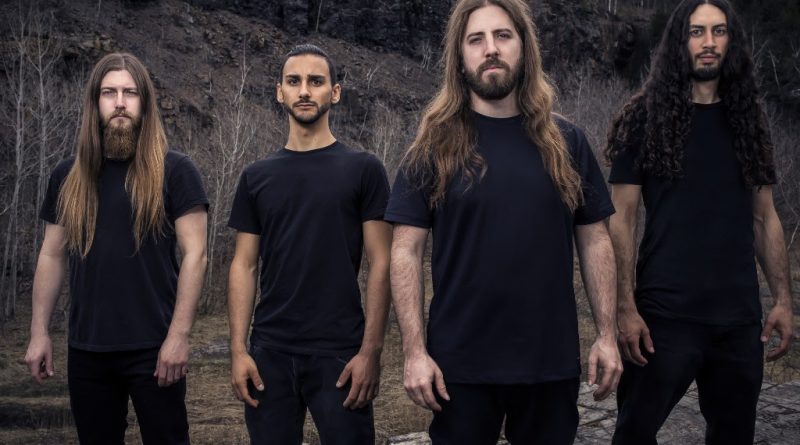 BEYOND CREATION are now premiering the first crushing new track of their forthcoming new album ‘Algorythm’, which is slated for release on October 12th, 2018.  The Canadian masters of progressive technical death metal are streaming “The Inversion” below:

BEYOND CREATION comment: “We are stoked to premier ‘The Inversion’ as a first glimpse of the tonal variety we were able to express on our upcoming record ‘Algorythm’. Each musician was challenged to step out of his comfort zone to achieve the right vibe for each section of this track and we are confident of the songwriting work involved throughout the song. On the visual side, it was a pleasure to witness the outstanding work of each member of Rubicon’s team through every step of the process. We are incredibly happy on how this music video turned out and we’re excited for our fans to discover the epic story-line and plot it offers. Each one of us was thrilled to play a role in the scenario of the video and we hope that it opens up more opportunities of this kind for Beyond Creation but also for every metal band out there! We invite all of our fans to get in touch with us through Facebook/Instagram with their feedback, as we’re always more than happy to connect with you them all!”

For those who are asleep, Sotz’ it’s a portuguese metal band, with influence of the ancient Maya Civilization. After their first release called “ Tzak’ Sotz’ “, in October 2017 via Raising Legends Records, they released now a new single called ” Baak’ that you can listen below:

Lemmy personally blessed Nashville Pussy calling them “America’s last great Rock and Roll band”… and Lemmy should know.  Formed in 1997, Nashville Pussy preached its sleazy gospel over the past couple of decades alongside Motörhead in every rock outpost from Asia to Europe and back again. Their brand new studio album ”Pleased To Eat You” is certainly another milestone recording by the band you’ll need to share with your mom: Bourbon, Bar B Que, horse farms, good people and a great fucking record. Seriously, you hardly find a band that manages to act so easy, so fast and yet so impulsive as Nashville Pussy. A band that is not shy about expressing opinions loud and clear.

Nashville Pussy premiere the official video for “We Want A War”, the first single from their forthcoming studio album ”Pleased To Eat You”. The video can be watched below: