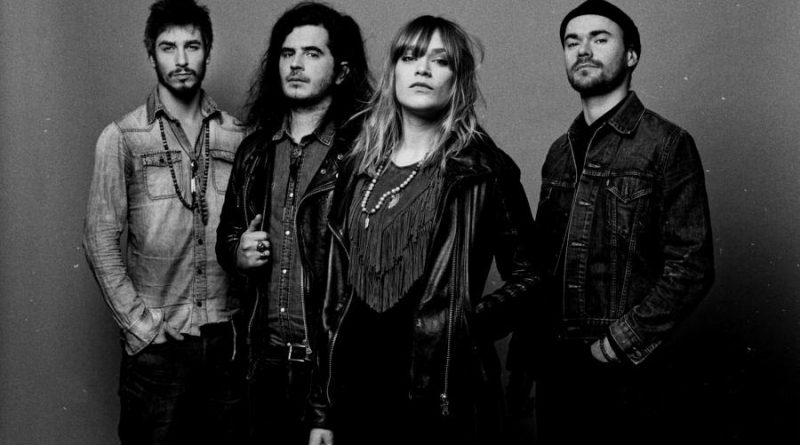 BLACK MIRRORS release the second single “Moonstone” from their long awaited full-length debut album Look Into The Black Mirror! The new single proves once more, that these Belgian rockers are here to stay. “Moonstone” brings a very soulful side to their widespread musical spectre that falls between Alternative and Stoner Rock. The song opens wide otherworldly landscapes, which become visible in the new music video. It’s the versatile mix of deep feelings and pure emotions that make BLACK MIRRORS a new rising star.

We’re all damned. Most of us just don’t know it yet. The world is dancing a grim fandango right on the edge of the abyss, one foot dangling over the edge. But fear not, rock rebels I’LL BE DAMNED are here to rescue you with their attitude-driven blend of pure Rock ‘n Roll, Heavy Metal Groove and a heavy dose of the Blues Hard Rock! Just recently, Denmark’s hottest Rock sensation since Volbeat has unveiled some first and exciting album details about their second full- length titled ‘Road To Disorder’ and are set to release on August 31st 2018 with Drakkar Entertainment!

After I’LL BE DAMNED just premiered the song The Entire Universe a few weeks ago, the band fronted by charismatic vocalist Stig Gamborg now released a brand new single for the track ‘You Are The Young’: Check out this stunning rock ‘n roller right here:

“You Are The Young is a a call out to all the young (and old!) people out there not giving a shit about nothing but their own ass. We are killing the world and only we can stop it, so get up, throw your phone away and get mad!” Stig comments. He continues “Road To Disorder has something for the whole family; Punk, Sludge, Blues, Hard Rock, Heavy, Orchestral and all things in between. It is our salute to everything hard and heavy. We hope you will enjoy it as much as we have enjoyed creating it!“

‘Road To Disorder’ is a huge rollercoaster and bears every sign of a triumphant second album: Balls, power, anthems and a swagger with a vengeance! Metal, Punk, Stoner, Rock’n’Roll or Blues have been mangled and reassembled into something big and uncannily anthemic. Dark issues, clad in explosive tunes: The direction of ‘Road To Disorder’ is similar to that taken on last years’ self-titled debut sensation. Yet, nobody in this band is burying his head in the sand – even though the one or the other track off the new record are decidedly more doomy and gloomy.

Having achieved worldwide critical acclaim for their magnificent The Blinding Light Of Faith album, released through Transcending Obscurity Records in May, De Profundis have signed a deal for a limited edition vinyl release of their greatest ever album.

On September 7th Lusitanian Music will unveil a stunning new version of The Blinding Light Of Faith, on luxurious red and black marbled vinyl (limited to just 100 copies) and brilliant, rich orange vinyl (limited to 200 copies). The album has been completely remastered for the ultimate vinyl listening experience – a treat for audiophiles, vinyl collectors and death metal junkies alike.