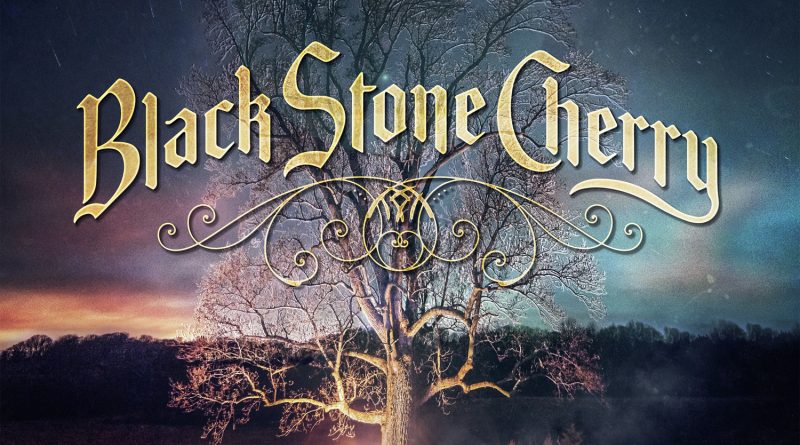 BLACK STONE CHERRY today unveil their brand new video for Bad Habit, the second track taken from forthcoming sixth studio album, Family Tree.  The clip sees the band transported back in time to 1988 and a local ‘Battle of the Bands’ contest.  Check it out here

Family Tree is set for release via Mascot Records/Mascot Label Group on 20th April 2018 and is the much-anticipated follow up to 2016’s Kentucky, which debuted at #5 on the Official UK Album Chart.  Physical album formats and bundles are available over at http://smarturl.it/BSC-FamilyTreeStore.

The US power metal band MILLENNIAL REIGN just released a music video for “Break The Tide”, the first single from their new album “The Great Divide”.

“The Great Divide” will be released on May 25th in Europe and North America through Ulterium Records.

The album will be available on CD, LP and digital. The LP edition is strictly limited to 300 copies worldwide.

The album features new members Travis Wills [vocals], Steve Nichols [drums] and Neil Bertrand [bass] together with founding member Dave Harvey [guitars].”The Great Divide” is the follow-up to “Carry The Fire”, the label debut for the Swedish label Ulterium Records. Since the release of “Carry The Fire” the band toured with Stryper on their “To Hell With The Devil 30th anniversary tour” as well as supported bands like Sonata Arctica, Leaves’ Eyes, Theocracy, Omnium Gatherum, Hammerfall and Joe Lynn Turner.

“The Great Divide” feels like a more focused and powerful album than its precursor and the new vocalist Travis Wills [Infidel Rising] really shines through the album with his raw and emotional vocals. Fast, catchy songs like “Break The Tide” and “Imagine” are mixed with epic songs like “Till The End” and “Wounds In Hand” and together they form a great collection of songs.

Crime Records has released a lyric video for “Dawn of Creation,” the title track from forthcoming IRON FIRE double-album Dawn of Creation: Twentieth Anniversary. Check out the video below:

The digital single is now on Spotify and will be available soon on other major digital platforms.
Dawn of Creation: Twentieth Anniversary, which includes a special collection of demos, live tracks, covers, and three new songs, will be released May 4 on double-CD Digipack and digital formats. The album can be pre-ordered through shop.crimerecords.no/. Those pre-ordering the album will be rewarded with an official bootleg live recording of IRON FIRE‘s 2007 Stuttgart show.
The label released the following statement concerning the forthcoming historical metal document:
“So now it’s been twenty years since five young guys from the Danish country side decided that power metal should be the first step on their quest to glory. The name Iron Fire came up and carved in stone that these Danes meant to be real, and despite their young age, forge catchy power metal rooted in the classics of Helloween and Running Wild. As the journey continued, ups and downs turned and reformed the band into the trio of today. And now that trio is looking back, and in their wish to celebrate 20 years of power metal, a selection of demo songs has found its way to a double album. Along with three brand new songs Iron Fire provides old songs in the original pre-album versions as well as previously unreleased material. This is the raw and pure, from the heart of Iron Fire. Enjoy!”
Track Listing:
Disc 1
1. Dawn of Creation
2. Redux (Coming Home)
3.The Other Side
4.A Token of My Hatred (Cover)
5.King at Any Cost (Demo)
6. This Kids (Cover)
7. Kill for Metal (Live)
8. Slaughter of Souls (Live)
9.Final Odyssey (Live)
10. Among the Dead (Demo)
11. Tornado of Sickness (Demo)
12. Still Alive (Demo)
13. My Awakening (Demo)
14. Enter Oblivion (Demo)