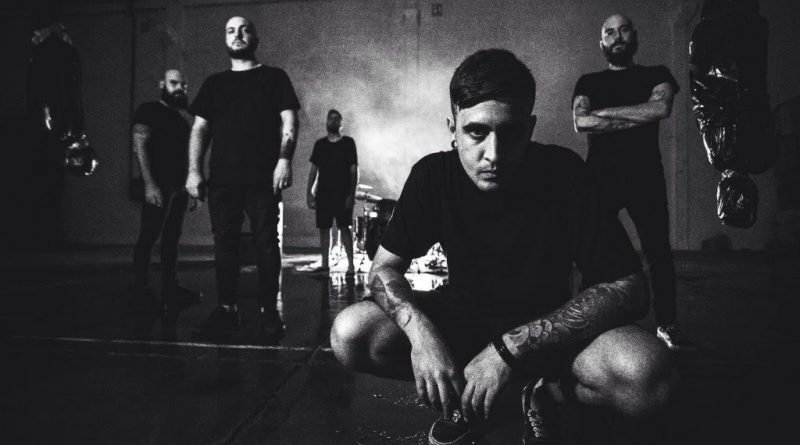 Italian progressive deathcore metal combo Bleed Someone Dry are proud to unleash their new single and offical video “Unorthodox”.  The single is the first track taken from the upcoming new album “Unorthodox” recorded at The Grid Studio Europe and mixed/mastered by Chris Donaldson.

“We are proud to be now part of the WHD family. After three albums we could not but wish to have landed a deal with WHD, bound by the reciprocal respect and friendship that we have with Carlo and his label. We are confident that by investing all our combined energies, our dreams and our ever-growing love for what we do, it will be possible for us to see our fourth album reach great heights! It is also very motivating knowing that the staff over at WHD has our backs at all times! We are very excited to finally release to the public our latest effort “Unorthodox” that has been brewing for the past two years in our inner circle of friends and family and, seeing it branded WHD is absolutely phenomenal!!
“Unorthodox” available on
iTunes
Spotify
Amazon

A bit more than a week to go until HATE SQUAD’s new album “Reborn From Ashes” will be released! The band now presents its new digital single “Until I Die”, which is also accompanied by a lyric video that’s available below:

The new album “Reborn From Ashes”, out on December 7th via Massacre Records, will be available as CD Digipak as well as limited vinyl LP in various colors and download – you can get it here » http://lnk.to/rebornfromashes

”Siege, Destroy, Annihilate” is the first single of the upcoming EP ”A Fistful of Truth”, a four track Thrash/Death suckerpunch in the vein of The Haunted and Lamb of God.

Katapult is the bastard child of Florian Moritz (Arcturon) and Johan Norström (Terrortory) and was born in a backstage area in Sweden in the summer of 2017. As everyone knows, not many bands born in backstage areas survives their infancy, but despite being raised in both Switzerland and Sweden, Katapult endured. As time went by, Sven Bürgin joined the ranks.

But let’s not digress. Just click the video below and repeat ad infinitum.