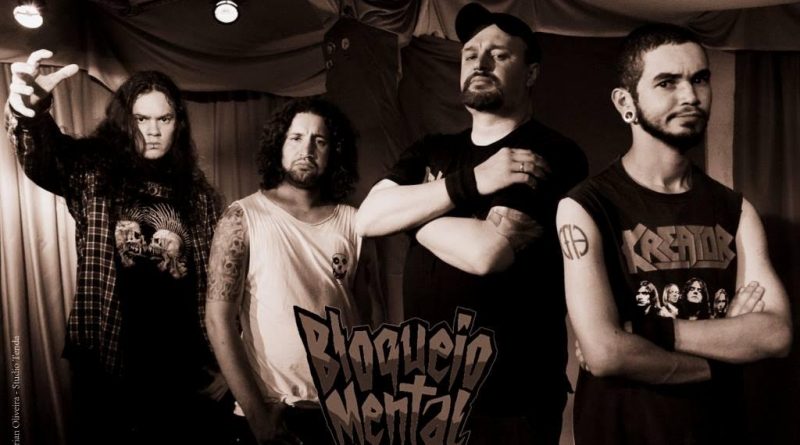 One of the most important bands of the brazilian Hardcore/Punk scene, has just made available to the fans a first official single of his new register of studio. The waited “Revolta” album is almost to be released and to spread the word, the band releases “Revolta” single that you can listen below:

The new song soon will be available also in the main platforms of streaming of the world. Users of Spotify, Deezer, ITunes, Google Play and others, will be able to listen to “Revolta” in a few days. Bloqueio Mental is finishing small production details of the new album, and in the next days new singles will be released and also the new album “Demente” will be available to the band’s fans.

Australian rockers BAD MOON BORN are back and ready to rock with a new video for the single ‘Alive?’. “Alive?” was produced at Eldorado Studios LA by the late and incredibly inspiring Kato Khandwala (The Pretty Reckless, Pop Evil, My Chemical Romance, Paramore), engineered by the legendary Phil English (The Pretty Reckless), and mastered at Sterling Sound (NYC) by the phenomenal Ted Jensen (The Eagles, Billy Joel, Green Day, Nora Jones), this is first single off the new band’s EP due October 2018.
Kato Khandwala played an integral part in its development, not only as a producer and mentor but as the band’s biggest supporter over in the States. He has produced some of rock’s best-selling albums by artists such as Blondie, Paramore, My Chemical Romance, Papa Roach, Pretty Reckless and many more.With symphonic guitar solos, piercing vocals and infectiously melodic hooks, BAD MOON BORN’s “Alive?” will invigorate your senses.

“The song is about how the media, establishment, religion and industry seek to feed people with lies, fear and systematic belief systems in order to control them and to own their thoughts. Are we Alive?”, stated the band.

The new song is available on iTunes, Google Play and Spotify. Check out the video now below:

Sydney metal band Temtris have released the powerful single Run from their upcoming 5th studio album Rapture (out on 1 October 2018). The Temtris crew has yet again pushed themselves to reach new heights with this latest release: Run is a big song with twin guitar solos, speed thrashing double kicks, powerful bass and soaring vocals. The theme is running together with the metal pack and Temtris cannot wait to have the metal crowd up front singing along with their horns raised in the air.

Temtris is releasing the single on a limited 7 inch vinyl press with the B side having the song Paradise Road from the first sold out Temtris album, Threshold. The new single is available for download and purchase on their website www.temtris.com. The vinyl can be preordered at the same website. Below you can watch the single