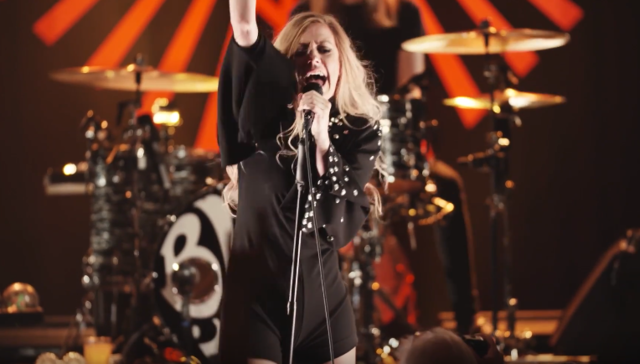 Sweden based blues rockers BLUES PILLS have announced to release their first ever DVD/Blu Ray, entitled “Lady In Gold Live In Paris”, on November 3, 2017.  The release features the band sold out performance at Le Trianon in Paris, France on October 30, 2016 in front of 1.200 euphoric fans. The band released their performance of the song ‘Little Boy Preacher’ from said release and you can see it below:

Canada’s melodic thrash metal powerhouse, THREAT SIGNAL, premiere the first single from their long-awaited fourth studio album, “Disconnect”, set to be released on November 10th worldwide via Agonia Records. The band’s first new song in six years, “Exit The Matrix”, is available in the form of a lyric video below:

Brazilian dark/gothic/symphonic metal act DARKSHIP have released their new music video “You Can Go Back” in support of their 2016 debut album “We Are Lost”. The video is also a re-recorded track featuring new members violinist Ander Santos and vocalist Marcos Follador. The music video was directed by Douglas Coutinho and presents footage shot at historical places in Rio Grande do Sul. You can watch “You Can Go Back” below:
DARK SHIP‘s debut album “We Are Lost” features ten songs and is the band’s first release of a planned concept trilogy that tells a fictional story about two people in love who are controlled by a higher force called “Darkship”.