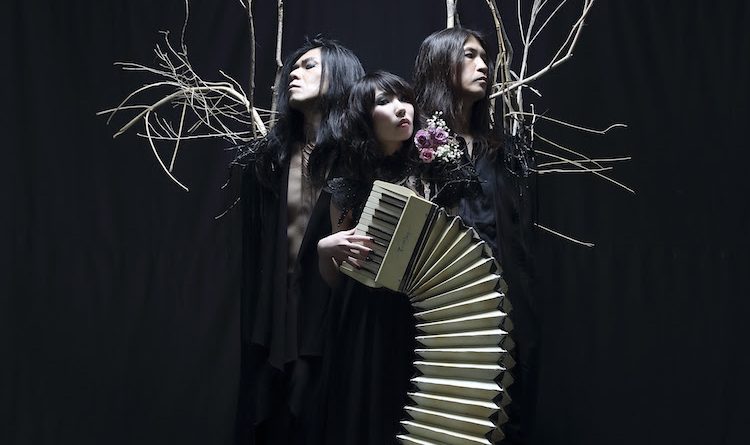 Japanese power trio Boris share a Goth-Trad reconstruction of “DEADSONG”, which appears on their latest and 23rd album release, Dear (Sargent House). The remix emerges via Resident Advisor in video form, directed by Fangsanalsatan, check it out below, along with live footage of another new track “The Power”.

Dear is out now on CD, 2xLP, and digital formats via Sargent House.
http://www.facebook.com/borisheavyrocks/
http://www.sargenthouse.com/

SKAMBANKT OUT WITH THEIR NEW MUSIC VIDEO “BALLADEN OM DEG”

Skambankt are sending you a beautiful postcard from south-west of Norway with their new music video ‘Balladen Om Deg’! The video was shot across several locations in the region of Jæren and is directed by Brigt Skrettingland.

Skambankt’s frontmann Terje Winterstø Røthing comments on the music video:
“Jæren️. The video for ‘Balladen om deg’ was shot at Madland harbor and Borestraden. Borestranden is just a walk away from our studio. This is the beach we were riding our bikes to and we were swimming at when we were younger. Thanks to Brigt and Jonny for making a great video.”

IN VAIN – “SEEKERS OF THE TRUTH” ANIMATED VIDEO OUT NOW

In Vain is pleased to share with you their brand new, beautifully animated lyric video for ‘Seekers of the Truth’, the first single of their upcoming album Currents to be released 26 January 2018.

Johnar Håland comments: “On Currents you will find a variety of epic, long and complex songs, and on the other side of the spectrum; short, catchy and more immediate tracks. Seekers of the Truth falls in the latter category. Costin did a great job of visualizing the lyrical content and we are very pleased with his creative work”.

The video was done by In Vain’s cover designer, Costin Chioreanu.
Costin provides his thoughts on the creative process behind the video:
“’Seekers of the Truth’ is by far not a random lyric video. Pushed by the message of the song, I wanted to add a new dimension to the whole presentation, which can be discovered in the message of the illustrations. For me, the lyrics of this song are talking about one of the vital issues of nowadays society, an issue which is felt just by a very few. Those are the seekers, who are still living out there, among this terrifying crowd of people who switched their reality with a common illusion, agreed and imposed by the system. So, with all these dramatic moments I tried to catch in my illustrations for this video, I hope I could make the message of the band more powerful, and I hope it will be reached by those who need it to go on.”