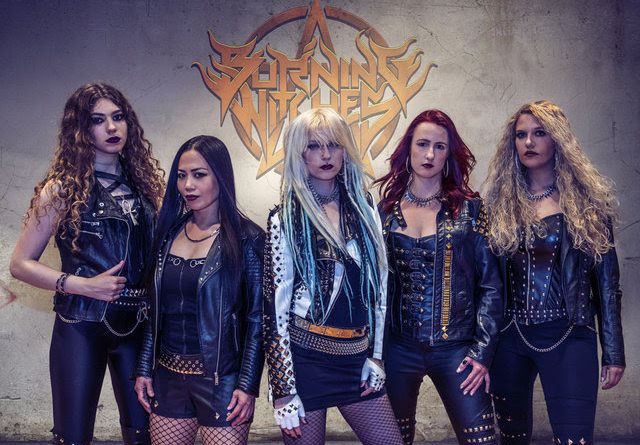 BURNING WITCHES are not only the hottest export from the Alpine Republic, the five piece from Switzerland are also one of the most thrilling newcomers in old school heavy metal from the last few years – globally! Their new album »Hexenhammer« will be released on November 9th, via Nuclear Blast Records.

The band has released the first single titled ‘Executed’ right in time for the pre-order which start today. The song can be heard and watched in the form of a lyric/performance video below:

The band states:
“We are very proud to show you our first lyric  & performance video for the song EXECUTED. It is a very powerful & speedy track that tells the story of the „last Witch“ Anna Göldi from Switzerland and her harrowing life. A tragic and true story that fits into our HEXENHAMMER album theme!“

Berlin-based rock overlords KADAVAR have announced to release a brand new live album called “Live in Copenhagen”, featuring their infamous show at Pumpehuset in Denmark’s capitol in November 2017 during the band’s tour in support of the most recent album, “Rough Times”. Nowthe band releases the first single, ‘Die Baby Die’, accompanied by a live music video – check it out here:

Get the song here: http://nblast.de/KadavarDieBabyDieLive

The album will be available as a tour edition packaged with said studio album (CD only) and also be made available separately on vinyl (see formats below). It’s scheduled to drop on October 12, 2018 via Nuclear Blast.

Russian Metal trio SECOND TO SUN have released a guitar playthrough video for ‘Chokk Kapper,” a track from crushing new album The Black. Featuring guitarist Vladimir Lehtinen, the video can be viewed below:
The Black was released on May 16. It can be purchased at this location and is streaming in its entirety on SECOND TO SUN’s  Bandcamp page and YouTube Channel. The Black is available on Spotify, iTunes, Bandcamp, and other digital retailers.
The Black is a reissue of the Blackbound (2016) album, which was re-recorded to add vocals, among several other enhancements.